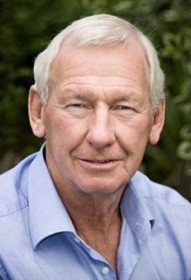 Arsenal are locked in talks with former goalkeeper, goalkeeping coach and television presenter Bob Wilson as they look to alleviate the injury crisis between the sticks at the Emirates Stadium. Manager Arsene Wenger is believed to have turned his attention to tried and tested goalkeeping candidates from the North London club’s successful past.

Arsenal’s choices at the back have been limited severely by injury and immaturity. Lukasz Fabianski is waylaid with a shoulder injury and Wojciech Szczesny out with a broken finger, whilst young understudies Vito Mannone and James Shea are believed to be suffering from severe cases of tummyache and nappy rash respectively. The club believed that they had plugged the gap last week by signing former goalkeeper and murder suspect Jens Lehmann on a short-term basis until the end of the season. Despite Wenger’s assurances to an assembly of journalists at a press conference that Lehmann’s eccentric and violent past was behind him, Lehmann reacted badly to one journalist’s opinion that Manuel Almunia was still undoubtedly Arsenal’s first-choice goalkeeper, brutally stabbing said journalist a number of times in the legs and ankles.

With Lehmann in custody, Wenger has contacted a number of former greats to occupy the berth, according to an insider at the club. With David Seaman unavailable due to a clause in his insurance payout and his inability to re-grow his talented moustache, the experienced French schemer is thought to have turned to Pat Jennings and John Lukic, only to be swiftly and firmly rejected. Rumours of the club being unable to contact Jimmy Ashcroft and Hugh McDonald are unconfirmed but not improbable.

Speaking of his potential return to the Emirates, Wilson rejected the suggestion that he was too old to compete in the Premier League, stating: “I firmly believe I have at least one year of powerwalking left in me, and after that a good two years before my ticker gives way.” He also expressed his desire to supplant Almunia as Arsenal’s first-choice goalkeeper until the end of the season, allaying any fears of his weakened physical condition in the twilight of his career and life. “The osteoarthritis would make little difference. Look at Manuel: strong, healthy wrists, and they rarely do him much good anyway.”

It remains to be seen whether injury-stricken Manchester United will follow Arsenal’s lead in calling upon old favourites in their bid to retain the title. David May and William Prunier have already expressed a desire to return to the Red Devils’ backline, should the F.A. approve of any emergency signings.