Yesterday, we published the conflicting reports surrounding Alvaro Morata, the youngster from Real Madrid. English tabloid Daily Express reported that Arsenal have secured a six-month loan deal with Morata, while Madrid based newspaper, Marca, who obviously have better connections with the club, reported the player is not leaving the club in January.

Morata has been used sparingly this season by Carlo Ancelotti that has sparked the interest of many European clubs in the Real Madrid youngster. According to Madrid based newspaper AS today, Morata wants to play more but he’s also faithful to his boyhood club and reportedly wants to wait until the summer before taking any decision. If the lack of playing time persists then a move abroad might well be on the cards. 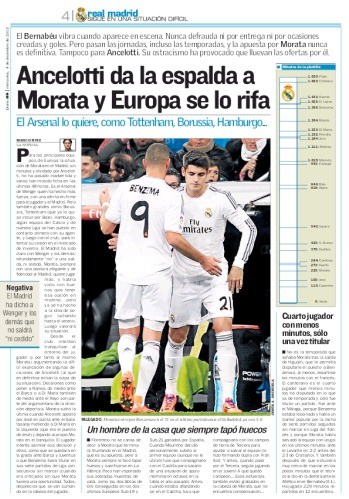 Auxerre’s striker Paul-Georges Ntep has been linked with a move to a European giant for quite a while now, given the immense potential shown by the 21 year old attacking midfielder. However, he claims that for him continuing his development as a player is the priority over a big paycheck; he doesn’t want to sit on the bench but to play matches regularly and therefore, while he doesn’t rule out a move, he is also not in a hurry to do so. 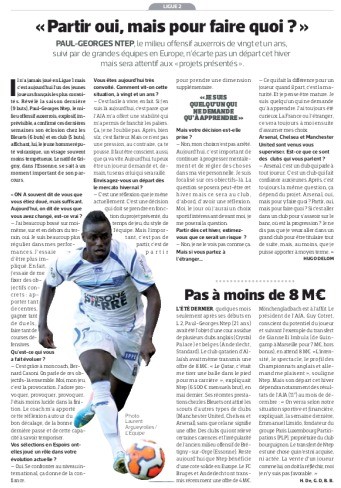 Asked about Premier League clubs, he reveals that he admires Arsenal, which he considers a great club, but does not want a move just for the sake of it and is not willing to jeopardize his development/learning curve by sitting on the bench in London although he’s flattered by the club’s interest.