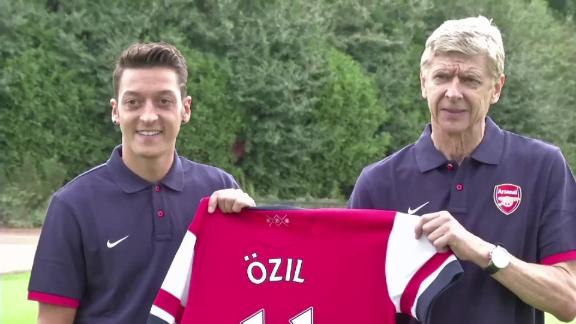 Arsenal have had a strong 2013 and end it on top of the Premier League table. Arsene Wenger will look back on the 12 months as a learning process for the club and will feel that his side are stronger now than at the start of the year.

There have been a number of memorable moments for the Gunners over the course of 2013, with these three sticking in the memory.

Arsenal left it to the last day of the season in 2012/13 to book their seemingly perennial place in the Champions League, and needed to go to Newcastle and win to ensure it.

With the battle against north London rivals Tottenham for fourth place, a gutsy performance at St James’ Park was put in by the visitors.

Laurent Koscielny scored the only goal of the game in the second half, which despite Spurs’ win over Sunderland was enough to ensure that the Gunners secured fourth and play in Europe’s top tournament this season.

After a long, quiet summer at the Emirates Stadium, Arsenal fans were growing frustrated with Arsene Wenger’s reluctance to move in the transfer market.

However, at the last moment the French manager smashed the club’s transfer record to bring Mesut Ozil to England from Real Madrid in a £40 million deal.

The Germany international has already been a star for the Gunners and the fans will hope a few more blockbuster signings will follow in 2014.

Arsenal were handed the ‘group of death’ in the Champions League this term alongside Napoli, Borussia Dortmund and Marseille. 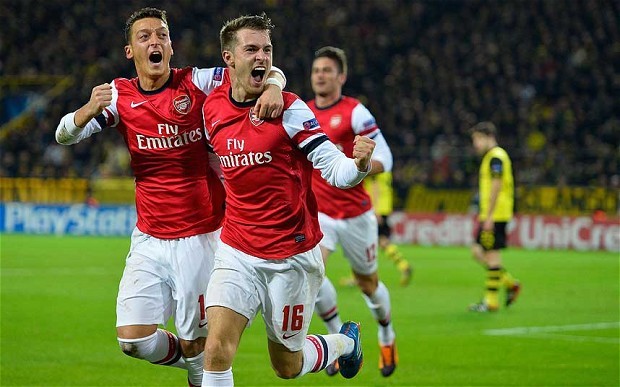 The English side once more left it to the last minute to qualify, with a defeat in Naples still proving good enough to see them in the knockout rounds.

However, the highlight of the campaign must be a 1-0 win at Signal Iduna Park against last season’s beaten finalists Borussia Dortmund.

Aaron Ramsey got the all-important goal to wrap off a fantastic team performance and ensure that the Emirates Stadium side took their place in the last 16.