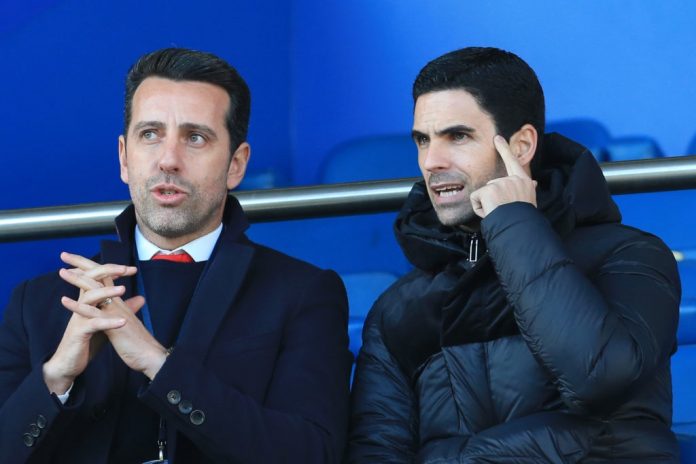 Arsenal technical director Edu Gaspar and Manchester City boss Pep Guardiola have publicly backed manager Mikel Arteta who has come under pressure due to the North London club’s poor start to the season, according to the Daily Mirror.

The Gunners have made their worst start to a season in Premier League history and find themselves 15th in the table after having played 12 games. They have scored just ten goals in the league this season and one goal from open play in the last two months. Arsenal have lost their last four Premier League games at the Emirates.

Serious questions are being asked of Arteta for the first time since his return to the club last December. The former Manchester City assistant manager needs to improve results at the club and turn their season around. A man who was heralded as the person who would take the Gunners back to the pinnacle of English football just six months ago finds himself fighting for the legitimacy of his reign as Arsenal boss.

It must be said though that he enjoys the complete confidence of the Arsenal hierarchy. Technical director Edu Gaspar has praised him and backed the former Gunners captain to build a beautiful project in North London. He said:

“Mikel is doing a great job. It’s normal and easy to be driven by results. But I can see the future, see where we go and the way we are building things on a daily basis. Everything here is right, everything here is working.”

“How many young players have started to get opportunities and perform quite well in the first team? I can see a big and beautiful future. It’s very strange to say that in this moment, but I have to be fair – that’s the way I see the photo.”

Prior to joining Arsenal, Arteta spent over three years under the guidance of Pep Guardiola at Manchester City. His mentor has publicly backed him and boldly stated that there is no better man for the job at the Emirates. He said:

“Arsenal doesn’t have a better manager that leads this club – in this year and the next – that is better than him. I don’t have to give publicly my support because he has it and he knows that he has it. He’s one of the best managers I’ve ever worked with, of course, and seen directly.”

“I’m pretty sure he will turn over and will do it like everyone expects. But sometimes when a club comes from not a good period, sometimes it needs time. I would say [if I was] part of the board at Arsenal, I will not have any doubts about his quality and capacity to put Arsenal in the place like Arsenal deserves to be.”

The Gunners welcome high flying Southampton to the Emirates on Wednesday and will be looking to get back to winning ways. Tomorrow’s game will mark one full year since Arteta became the manager of the North London side.

Granit Xhaka will be missing as he was sent off in Arsenal’s 1-0 defeat to Burnley and will serve a three-game suspension. Hector Bellerin is also unavailable for the match against Ralph Hasenhuttl’s side as he picked up his fifth yellow card of the season against Sean Dyche’s team.