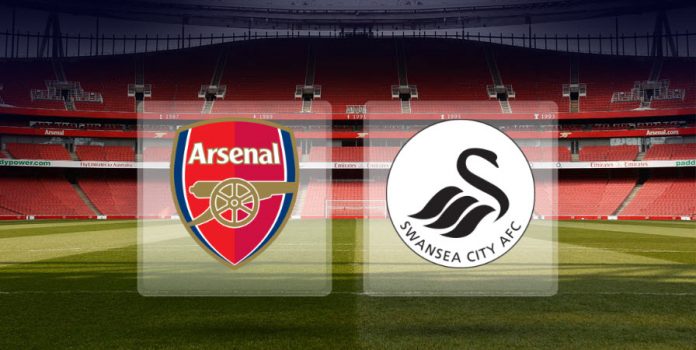 Fresh from the wounds of a heart-wrenching 3-2 defeat at Old Trafford, Arsenal must bounce back on Wednesday night against Swansea; else, they can kiss goodbye to their title dreams.

With three defeats, and four draws in their last 10 games, two wins in last five in the Premier League, Wenger’s side are dropping off the pace and are bereft of confidence at the moment. The feel-good-factor that was there after the 2-1 dramatic last-gasp win against Leicester had all but evaporated.

Having said that, Arsenal, time and again, have proved the critics wrong. They have bounced back strongly when nobody expected them to do so. With Champions League almost out of their reach, Arsenal must put up a late fight to take the title race all the way to the wire.

Swansea, on the other hand, are fighting for survival. They are only three points above the drop zone, and are going through a wretched form at the moment. The Swans have gone four games without a win and have managed only three wins in their last 10 league games.

Per Mertesacker and Olivier Giroud were dropped to the bench against Manchester United, but the duo are expected to return to the first team on Wednesday.

Wenger may look to give rest to some of the key players, keeping in mind the huge North London derby coming up this weekend.

Francesco Guidolin has a fully fit squad to choose from. He may start with the same XI that lost 2-1 against Tottenham on Sunday.

5 – In the last five meetings between the two clubs, Swansea and Arsenal, both have won twice.