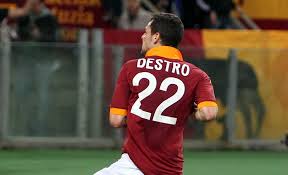 Reports from Italy claim that AS Roma striker and Arsenal target Mattia Destro is set to remain at the Italian side in the summer according to his agent. 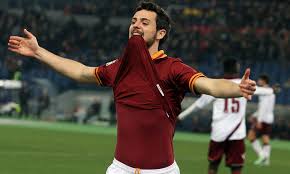 The 23 year old has enjoyed an impressive season under Rudi Garcia scoring 13 goals and grabbing a lone assist in 20 appearances for the Wolves. The Giallorossi enjoyed a terrific season finishing second in the Serie A grabbing a Champions League berth for next season.

It was recently reported that Inter Milan were preparing a swoop for the striker but the player’s agent Renzo Contratto was confident that his client would stay at the club.

Contratto told ASRadioRoma, “When a player is sought after by other teams it is always a pleasure.”

“This does not mean though that he will leave. Mattia wants to stay in Rome and be a leader for the Giallorossi.”

There is no doubt that Arsenal are on the lookout for a new striker in the coming transfer market and manager Arsene Wenger is desperate to bring in a quality target man who can relieve the pressure of Olivier Giroud.

Serie A pundit and Ginaluca Di Marzio staff journalist David Amoyal though reckons there is no way the player will make a switch to the Gunners in the summer.