Arsenal defender Bacary Sagna will sign for Manchester City after the FA Cup final on May 17th, with the Frenchman failing to overcome a dispute over a pay-rise at the club, and will become the FIFTH Gunners player to have move to the Etihad in the last five years.

Sagna, 31, has long been linked with a move away from North London, with his contract set to expire at the end of the month, and a seemingly final impasse currently preventing progress over a new deal.

The right-back is after improved terms, which would see him bumped up to £100,000 per week, but Arsenal have been unwilling to meet his demands, with the Daily Mail now reporting that the club have informed Sagna that they are just not prepared to budge, paving the way for rivals City to finalise terms with the player after he plays his last game for the club.

Arsenal will contest the 2014 FA Cup Final will Hull on Saturday, and Sagna is free to sign a pre-contract agreement with clubs at this point, and it now seems as though he will put pen to paper over a deal with City after the weekend’s event. 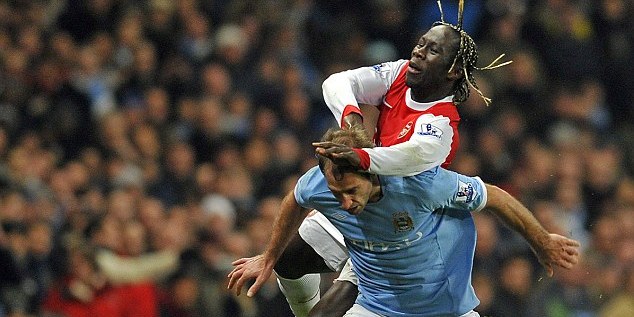 Sagna will have no guarantee of a first team berth at the newly-crowned Premier League champions however. with fans favourite Pablo Zabaleta still blazing a trial down the right-flank, and to great effect.

If/when he takes his place alongside Samir Nasri and Gael Clichy at Man City, he will complete a long-shot former Arsenal trio of Frenchman at the club (with former legend Patrick Vieira upstairs making it technically four)!

What do you think? How do you feel about Sagna, Arsenal fans? Let me know your thoughts in the comments below…