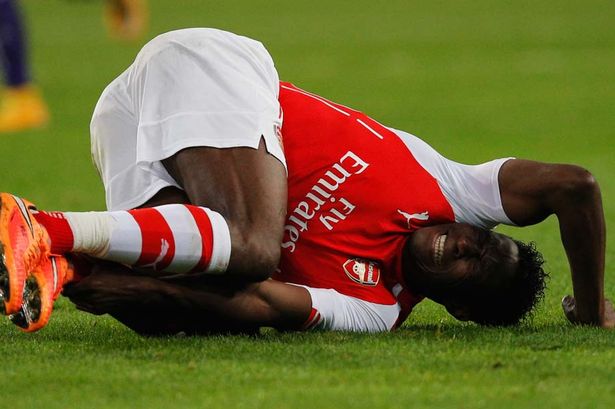 Over the past decade, Arsene Wenger’s lack of spending in the transfer market has been down to the fact that he didn’t have too much money at his disposal at all. The club unveiled the Emirates Stadium as their new home in 2006, and clearing the debt owed as a result meant that the manager wasn’t allowed to splash the cash too lavishly in the transfer window.

Now, things have changed. Nine years have passed, and the club are in a much better position. This summer, it was widely acknowledged that Arsenal needed a top goalkeeper, a top central midfielder and a top striker. The first of those requirements was addressed immediately, as Wenger landed a major coup by signing Petr Cech from Chelsea.

The fans sensed a change, and waited for more big names to follow suit. The days turned into months and yet, nothing happened. There was news that the board would allow Wenger to spend as much as he wanted this summer, and even break the club’s record transfer fee of £42 million to bring in a marque player. The Gooners took inspiration from how they had, out of nowhere, signed Mesut Ozil on deadline day two years back. Yet, they woke up on the 2nd of September to have their worst fears confirmed – not a single outfield player had been signed in the summer.

Arsenal headed into the season in great form and with great optimism, but things haven’t turned out quite as planned. They lost 2-0 at home to West Ham United on the opening day of the season and despite winning both their away games, are yet to score at the Emirates. Olivier Giroud has been criticised for long for not performing consistently, and these claims have been validated thus far.

Two of the three goals the Gunners have scored so far have been via deflections, and some of their build-up has been directionless and one-paced. All the positivity in the side going into the first game of the campaign seems to have vanished.

Arsenal’s problems have taken a turn for the worse today, with striker Danny Welbeck ruled out for three months with a knee injury. The Englishman was suffering with this problem at the end of the last season, but the club decided to treat it without going in for a surgery, as reported here by The Guardian. This is a decision which has come back to haunt them now, as he will undergo an operation to solve the problem.

Even though Welbeck has by no means been prolific since his move from Manchester United last summer, his absence now means that Wenger only has two strikers at his disposal – Giroud and Theo Walcott. The former is as unpredictable as they get, while the latter is naturally a winger, and is hardly adept at holding the ball up.

The Arsenal fans weren’t shy of venting their fury on Wenger, after news of Welbeck’s injury broke. The feeling of bewilderment was mutual as they asked – why did he not sign someone despite knowing that this problem might crop up?

Welbeck now out for months further proves the old fool hasn’t got a clue, Paul Merson is spot on “it’s not arsene wengers money” #arsenal

So we apparently knew that Welbeck would need surgery before deadline day and we still didn’t sign a ST? Interesting

Wenger did the same thing with not buying a centre back cover last year &Koschelny got injured same with #Welbeck & striker. He never learns

Despite all the criticism that has come his way, Wenger remains confident that his transfer policy will work out well in the end. The Frenchman has overseen a slight change in fortune at Arsenal in the last couple of years, as they have won back-to-back FA Cups following 9 years without a trophy. They are though, still a long way away from challenging the likes of Chelsea and Manchester City for the Premier League title.

Wenger though, is content. “Am I happy with the investment I make? Yes, every time. I bought Sánchez, I bought Özil, I bought Cech, I bought Gabriel last year”, he said.