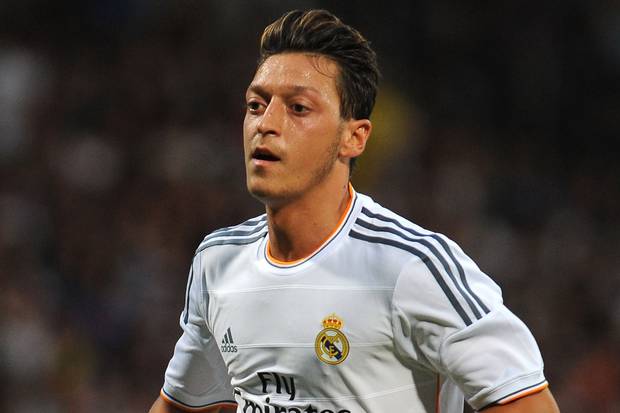 The German international was bought by the Gunners for €50M, and has passed a medical in Germany.

He made over 150 appearances for the Spanish outfit and has also played for Werder Bremen prior to joining Real. Ozil has represented Germany on 47 occasions – scoring 14 goals.

Arsenal supporters who were calling for the promised big-name signings to come to the Emirates have now had their prayers answered.

The signing of Ozil has smashed the transfer record at the club (Andrei Arshavin £15M). His wages are also said to be twice the amount of Arsenal’s highest earner.

With close neighbours and rivals Tottenham Hotspur having spent £100M on new recruits this summer, Mesut Ozil has blown them all out of the water.

Many pundits regard the German as one of the best playmakers in the world, and the 24-year old is a regular in the national team. His age would also suggest he has plenty more years to perform at the top level.

‘Dear fans of Real Madrid, thank you very much for three wonderful years with all of you. My time at Real Madrid was unique and special for me. Although I’m leaving Real Madrid, I wish you and the team the very best for the future. Now I’m looking forward to my new club: THE GUNNERS!’ – Mesut Ozil.

After losing left-sided forward Lukas Podolski to injury, Ozil’s arrival will numb the pain. The clubs are undergoing an international break, so the attacking-midfielder could be waiting a couple of weeks until he makes his league debut for the Gunners.