Arsenal risk being left behind by London rivals 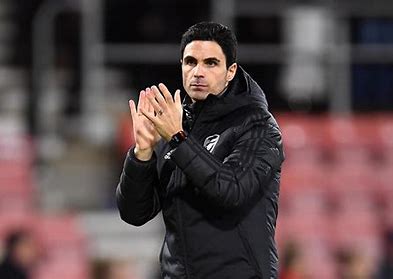 However, Tottenham are top of the league, and Chelsea are in the Champions League spots. Arsenal, on the other hand, are 14th.

It’s been far from an ideal start to the new season for Mikel Arteta’s men. Ten games in, and they have amassed just 13 points. Frankly, if the current bottom four weren’t looking so poor and if the team wasn’t filled with such good players, that is relegation candidate form.

But where are they actually going wrong? What are Spurs and Chelsea doing that the Gunners are not?

Well, to start with, Arsenal look completely devoid of any attacking threat. So far this season, Arteta’s side have scored just ten goals – that’s the lowest of anyone outside the bottom four. For a team that owns one of the league’s best goalscorers, that is unacceptable.

But the blame can’t be attributed to Aubameyang. Arsenal have struggled to create chances this term, especially from open play. The Gunners have an expected goals ratio of just 10.1 in the Premier League so far – only West Bromwich Albion, Burnley, and Wolverhampton Wanderers have lower (via fbref).

Aubameyang himself, who is supposed to be the main goalscorer for the North Londoners, has also got their second-highest expected assists. Someone else is needed to help lighten the load on the former Borussia Dortmund man’s shoulders.

And this is where Arsenal went wrong in the transfer window. After ending last season with 56 goals – their lowest since the 1995/96 campaign – they didn’t invest enough in the final third, bringing in just Willian on a free transfer.

In contrast, Chelsea spent big in the summer, bolstering their attacking roster with Timo Werner, Kai Havertz, and Hakim Ziyech. Similarly, Spurs re-signed Gareth Bale on loan and brought in Carlos Vinicius to act as back up for Harry Kane.

And here’s the thing: Chelsea and Tottenham already had reasonably strong frontlines before this summer. There was no necessity for them to recruit several new attackers, but they did it anyway. Whereas with Arsenal, there clearly was a need to spend a bit upfront, and what were they left with? A 32-year-old attacking midfielder who was deemed not good enough for one of their rivals.

And the results say it all, really. Chelsea are the joint-top scorers in the division with 22, and Spurs are just one behind, while the Gunners have scored just 10. Meanwhile, both the Blues and the Lilywhites also boast the fewest goals conceded thus far.

That’s not to say that Arsenal’s transfer window was all bad. The additions of Thomas Partey and Gabriel Magalhaes were very necessary ones. However, one wonders whether they could’ve set aside an extra £50m or so on an attacking midfielder.

So…what are they going to do about it? Is it time to dig up Mesut Ozil from his metaphorical grave (unlikely given off-pitch issues)? Do they open their wallets in January?

Well, neither of those are options right now, and you’d think the Ozil ship has sailed. Signing a new playmaker seems like the sensible thing to do, with Christian Eriksen and Dominik Szoboszlai both heavily linked.

However, there are still nine games to be played before the January transfer window, including tough-looking fixtures against Spurs, Chelsea, and Manchester City.

Until the transfer window opens, Arteta has some options: adopt a more attacking system, which should hopefully produce more goals but would also leave his side at risk of being torn apart, or perhaps go a bit more defensive and hope to hit teams on the counter.

With the pace that Arsenal have in their ranks, a counter-attacking system could be the way forward for the next few weeks, especially in the big games. However, it relies on the Gunners being clinical, which they have been far from this term.

Whatever happens, it should be interesting to see how things pan out over the coming weeks, no less for the Arsenal fan social media reaction.