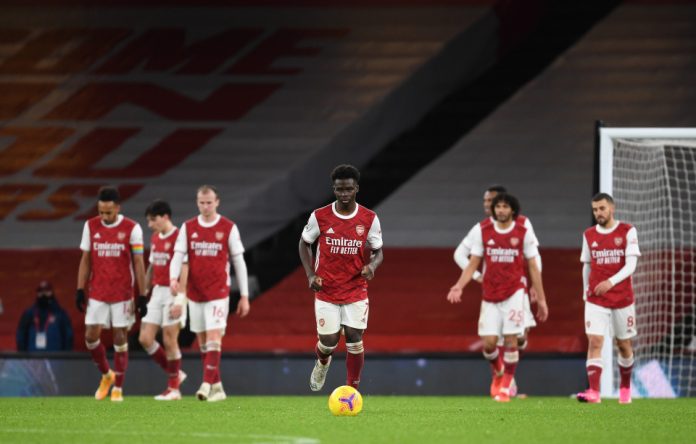 Arsenal’s first team players face a 25 percent wage-cut if the club is relegated to the Championship, according to the Daily Mail.

The Gunners currently spend more than £150 million every year on player wages. If they were to get relegated from the Premier League, the wage bill would drop by £37.5 million.

The practice of including clauses in players’ contracts in order to safeguard the clubs’ interests in the event of relegation is common practice at smaller clubs who usually face a realistic threat of going down. It is noteworthy that the North London side, the third most successful club in English football and part of the traditional Big Six, have planned for the possibility of relegation by including pay-cut clauses in the contracts of their players.

It is unclear if the entire playing staff will see their wages reduced if Arsenal were to find themselves in the Championship next season but it is understood that there are a number of players who will receive 75 percent of their current wages if that were to happen.

The North London club are currently 15th in the Premier League. They are four points above the relegation zone after picking up just 14 points in 14 games. Mikel Arteta’s side are struggling to find the back of the net and have scored a mere 12 goals this season. In the last seven Premier League games, the Gunners have drawn two and lost five.

Recent performances have been abject and it is unclear where their next win will come from. While much has been said about Arsenal’s involvement in a relegation fight, it would be absolutely unacceptable to find the club in a real fight for survival for the rest of the season. Arteta has to get a tune out of his squad at the earliest to move them up the table and put an end to the discussion about the club going down.

The Gunners must back their manager in next month’s transfer window and sign the creative midfielder they so clearly need. They have been linked with Inter Milan’s Christian Eriksen, Norwich City’s Emiliano Buendia and Lyon’s Houssem Aouar.

Arsenal will now turn their attention towards the Carabao Cup. Mikel Arteta will be hoping for his side to beat Manchester City at the Emirates Stadium later today and book their place in the semi-final of the Carabao Cup.