Arsenal finish 2013 on top of the Premier League table after an invaluable three points picked up on Sunday against Newcastle at St James’ Park.

Olivier Giroud scored the solitary goal to earn Arsene Wenger’s men a 1-0 victory, with a stern defensive effort by the Gunners seeing the game out

Here are the Arsenal player ratings for the clash.

Wojciech Szczesny – 6/10
Not overly tested by Newcastle, but threatened to allow the hosts a way back into the game with a clearance that deflected off Loic Remy and could well have ended up in his net.

Bacary Sagna – 7/10
Nullified the usually dangerous Yoan Gouffran and did little wrong throughout. Moved into a more central role in the dying minutes to ensure a clean sheet was kept. 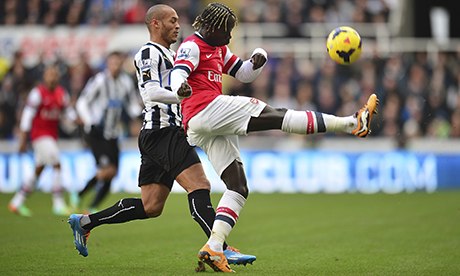 Per Mertesacker – 8/10
Desperately in need of a rest after a taxing run of fixtures, the giant German put in a talismanic performance and was once more the side’s leader from the back.

Laurent Koscielny – 8/10
Apart from giving the ball away in a dangerous area in the first half, Koscielny did little wrong and made his fair share of vital clearances and tackles.

Jack Wilshere – 7/10
Started the game well with some clever touches and attacking intent, and was at the heart of Arsenal’s possession play for the majority.

Mathieu Flamini – 7/10
Led by example with a number of telling tackles in the early exchanges and also filled in at full-back competently when needed.

Tomas Rosicky – 8/10
Worked tirelessly and was always available to collect the ball. Looked to get forward and support Giroud when he could and was also combative against motivated opponents. 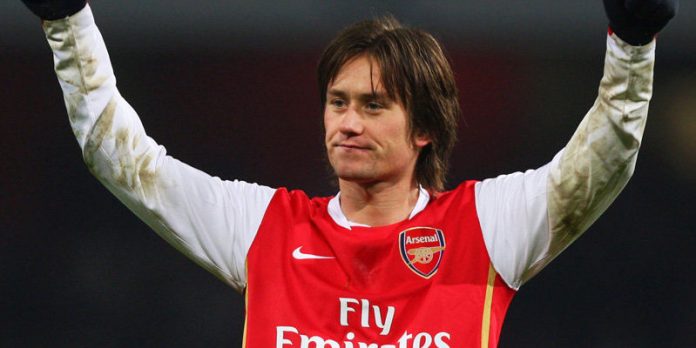 Santi Cazorla – 6/10
Looked slightly off the boil, as despite getting into dangerous positions his final ball and decision making was not at his usual assured standard.

Theo Walcott – 5/10
Struggled to get into the game or have any real influence on proceedings, and will not rate this as one of his better displays.

Olivier Giroud – 6/10
Got the all-important goal but otherwise looked tired and to be carrying a knock. Guilty of giving away possession too often and in need of a rest.

Mikel Arteta – 6/10
Shored up the Arsenal midfield and protected his back four with good discipline and positioning after being introduced.

Carl Jenkinson
Played his part in seeing out the game, but was not overly challenged as Newcastle resorted to route one football.

Nicklas Bendtner
Looked to close down opposition defenders when he could but had no time to play a part in the victory.