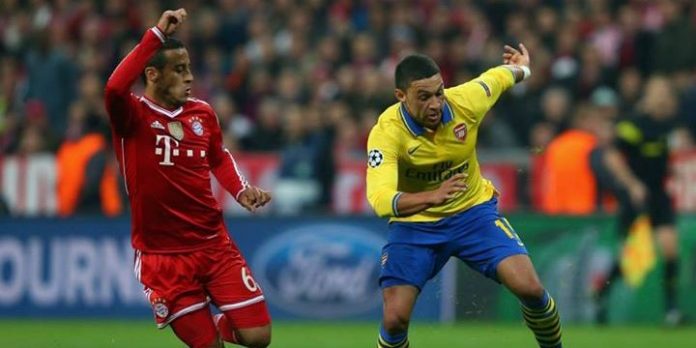 Arsenal bowed out of the Champions League tonight despite a brave performance against Bayern Munich in Germany, with the 1-1 draw enough to put the Gunners out of the competition, 3-1 on aggregate. 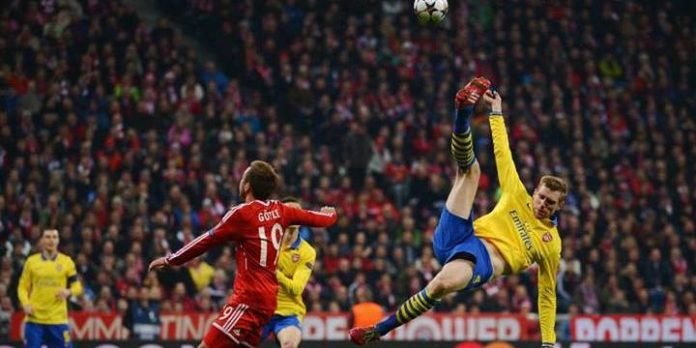 Arsenal burst into life late on, but couldn’t create the chances necessary to see them through.

Arjen Robben was once more at the centre of the action, with the Dutchman winning a controversial penalty at the death, which was well saved by Łukasz Fabianski in the Arsenal goal.

Here are the Arsenal player ratings: 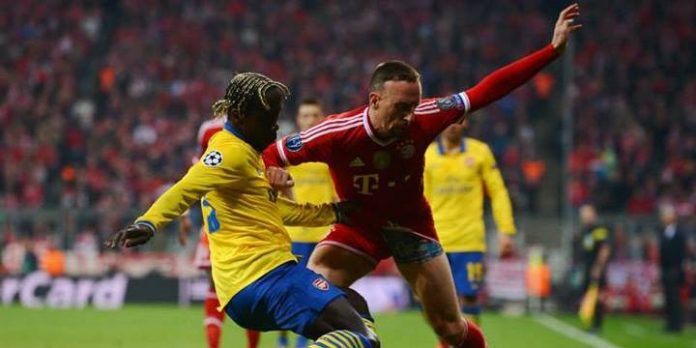 Bar Schweinsteiger’s strike, the deputising Pole kept Bayern at bay brilliantly, including his penalty save from Thomas Muller late on.

A towering presence in the box, the German dealt with the many crosses Bayern sent into the box, and threw himself in harm’s way for his side.

Half-fit, but it was no half measures from the centre-back. Typically strong, Koscielny stuck to his task throughout, and was desperately unlucky to have conceded the penalty to Robben.

Justice was arguably done however when the penalty was well saved.

Had a hard time of it on he left against Robben, but then any defender would. Couldn’t provide the width of a natural full-back, but never pulled out of a challenge.

Was a little reckless at times, with the Spaniard lucky not to have been dismissed for a second yellow in the second half. Always tried hard however, and never gave up the fight.

Replaced late on by Serge Gnabry.

Rampaging, powerful, and full of life; the Ox was Arsenal’s best attacking outlet on the night, terrorising the Bayern defence throughout.

Came off late for Mathieu Flamini.

Taken off at half time having picked up a hamstring strain, the German had little joy going forward, but showed some nice touches.

His replacement Tomas Rosicky showed some of his trademark determination, but was a little wayward with his passing in the attacking third.

Couldn’t exert any consistent attacking influence on his side, and drifted in and out of proceedings. Set Oxlade-Chamberlain away in the first half however, lifting the ball quickly out of defence.

Looked almost certain to lose his head in the first half, but the German kept Arsenal’s hopes alive with a superb strike from close range following Schweinsteiger’s second half strike.

Was game for a fight, but just didn’t have the legs up top to be much of a problem for the Bayern defence.