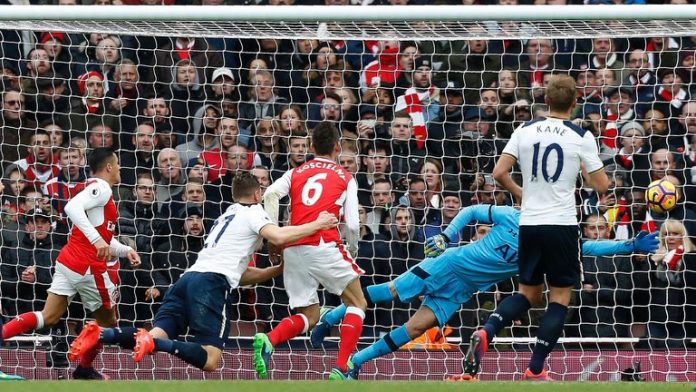 With each staging of the North London derby there seems to be an ever-increasing debate over which club currently holds sway over the other.

Pundits, managers, players and fans have had their say in the run-up to Saturday’s game at the Emirates Stadium, and it’s getting tiresome.

Even the likes of Piers Morgan and Lord Sugar have waded in and no-one really cares about their thoughts.

However, Spurs didn’t lift a trophy but Arsenal won the FA Cup. That clears it up then – the Gunners are the best.

Dig a bit deeper and you discover that was Arsenal’s third FA Cup success in four years, while Spurs’ last silverware was a League Cup triumph in 2008.

Hoist the flags, hang up the banners and roll out the barrel – we have a winner. Except we don’t.

The argument is effectively a “my dad’s bigger than yours” contest and the reality is that it’s largely irrelevant at the moment.

Winning FA Cups or beating Real Madrid in the Champions League are certainly notable achievements, but in the grand scheme of things they prove very little.

First and foremost both clubs need to be winning the Premier League before arguing who’s the best. A Champions League success wouldn’t go amiss either.

Arsenal haven’t won the title since 2004, while the last time Spurs finished top of the league the likes of Elvis Presley and Del Shannon were top of the music charts.

Instead of concerning themselves with which club is currently better than the other, people connected to both sides would be far better served worrying about how their favourites are going to end their respective league title droughts.

By the time Manchester City are crowned this season’s Premier League champions it will have been 14 years since Arsenal last won the title and 57 since Spurs finished first.