Per Mertesacker has played 21 times against Bayern Munich in his long career thus far, more prominently as a Werder Bremen player, and unsurprisingly though, the big defender has been on the losing side 11 times. His record against the Bavarians isn’t set to improve much when Arsenal take on the German champions tomorrow night, but he is wary of the threat Bayern possess at home. 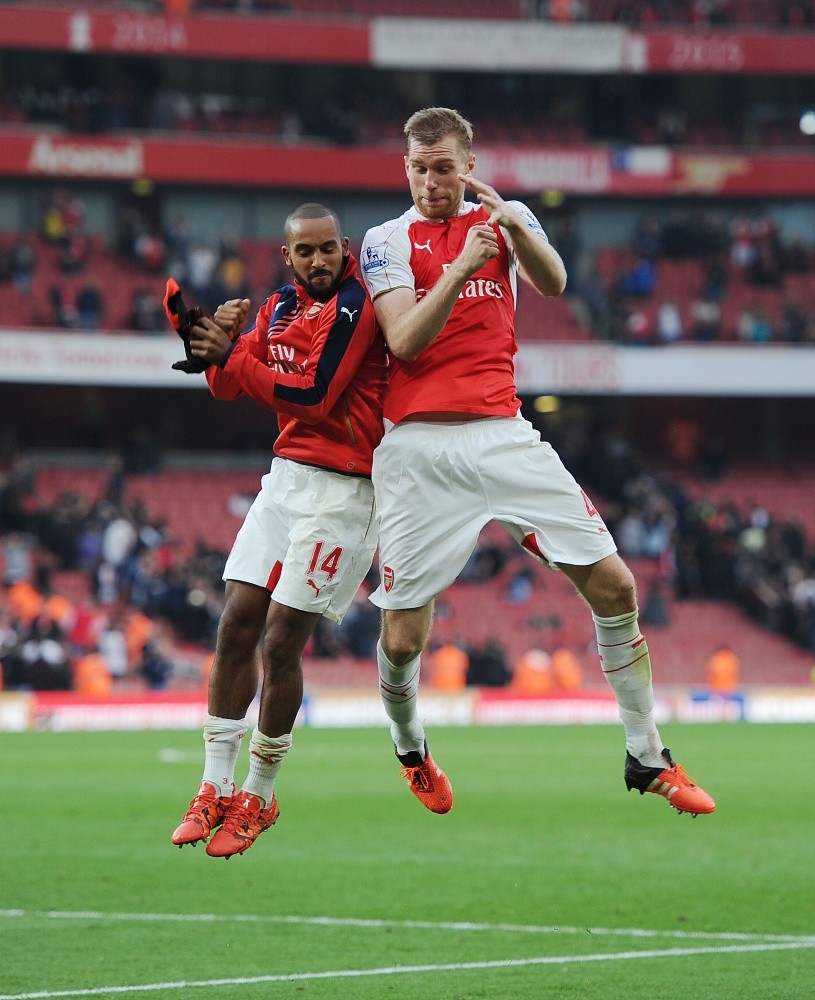 Arsenal beat Pep Guardiola’s in-form side last month in north London; a 2–0 scoreline not truly reflecting the state of the game, but showed different sides of Arsenal’s game. The Gunners were starved of possession but they in turn starved Bayern of space in front of goal. While that game was a tale of the two goalkeepers, Petr Cech and Manuel Neuer, it was Neuer whose mistake opened the door for a famous Arsenal win, their first over Bayern at the Emirates.

Mertesacker has only previously won twice at Bayern, a 5–2 win in 2008 with Werder Bremen and the 2–0 win with Arsenal in the 2012/13 season. He hasn’t been so confident before a trip to Bayern as he has been leading up to tomorrow night’s game. And there is a case too; Bayern dropped their first league points last Friday against Eintracht Frankfurt, and Robert Lewandowski has only scored one goal in his last five games.

Bayern’s early weekend kick-off meant they had more recovery time than Arsenal heading into the game, a point Mertesacker was keen to touch upon. “They had a Friday night match [against Eintracht Frankfurt] so they are well prepared for midweek — they are clever, the Germans!” he told Arsenal’s official website.

While more rest isn’t necessarily a match-deciding factor, it could yet play a key role for Arsenal, who are currently saddled with injuries. Any more on Wednesday night, and they might as well bid a painful goodbye to the competition, although the group is finely balanced ahead of match day four. Arsenal are currently third, with Bayern and Olympiakos ahead of them.

And Mertesacker believes the Gunners have a good chance to progress from the group, along with Bayern. “They are outstanding in their league, it will be a good game and both teams have a good chance to go through to the knockout stage.” However, the 31-year-old isn’t taking things for granted, despite being part of the only team to beat Bayern this season in the return game.

“We showed that we can beat them, that is a good sign but it will be a different game at their place. They will be angry I guess. We are the first team who really challenged them, so they will be on the ball and try to show that they are back and better than us,” he added, aware of a possible backlash from the German champions.

After losing their first two group stage games against Dinamo Zagreb and Olympiakos, Arsenal have clawed their way back somewhat with the win over Bayern last month. However, another slip-up and things could again look desperate for Arsene Wenger’s men, after what has been a satisfying current run of good results.

Defending was their forte last time out at the Emirates Stadium against Bayern, with Mertesacker and his defensive partners particularly impressive in keeping the likes of Lewandowski and Thomas Muller in check. A similar defensive performance is the need for Wednesday night, something Mertesacker believes is the key for the Gunners to come away with a result.

“We need to get something out of this game, there is still a bit of pressure and urgency to perform. We need to perform and defend even better.”

With their attacking options blunted by the injuries to Theo Walcott and Aaron Ramsey, Arsenal have lesser creative options than what they had last time out. However, with Mertesacker and his defensive team injury-free and full of confidence, another solid act to frustrate Bayern could be on the cards. And judging by the vice-captain’s words, Arsenal could just do the double over their Wednesday’s opponents. Only they need to perform and defend better.