Arsenal take on Sheffield Wednesday at Hillsborough in a Capital One Cup clash later tonight, a fixture that will provide manager Arsene Wenger a chance to give a run-out to some of his fringe players. The Gunners, who overcame local rivals Tottenham Hotspur in the third round, played their second-string side against Spurs with Mathieu Flamini turning in a match-winning display with two goals.

Changes are expected from Wenger after a month which saw the Gunners taking apart Manchester United 3–0 at the Emirates followed by a demanding international break and a run of three wins which also included hard-fought ones against Bayern Munich and Everton. Tonight’s tie against Wednesday will just be their second away game in the month of October.

While the stretch of games at home have helped the Gunners’ cause, resulting in very few new injuries to contend with, their upcoming three games are respectively in Sheffield, Wales and Munich, trips which will have them cover more than 2000 miles before they entertain Spurs at home on 8th November. Which could mean some of their key players will be rested tonight, the likes of Mesut Ozil and Laurent Koscielny.

Wenger started with Joel Campbell against Spurs in Arsenal’s last League Cup game, and the veteran manager has talked up Campbell ahead of tonight’s game in a bid to pump up the Costa Rican, who he believes is a team player despite his “outstanding” individual quality.

“I like Joel Campbell very much for two reasons. One is that he has outstanding individual quality, but he is also a team player. He works very hard for the team. I’m convinced he will get a chance here and that he will take it. He has another opportunity against Sheffield Wednesday and I’m hopeful that he will show that he has the quality to play for Arsenal,” Wenger told Arsenal’s official website. 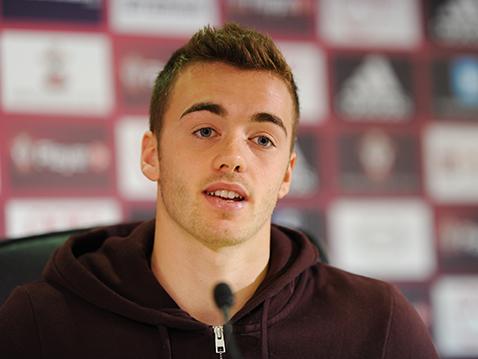 Another player who could be set for his second consecutive League Cup start is Calum Chambers; the young English defender hasn’t had a look in since featuring in an ill-tempered 2–0 loss in the league to Chelsea and has only made three appearances in all competitions this term. Along with Campbell, Wenger has also saluted Chambers and expressed confidence 20-year-old will play well.

“When you get the chance, you have to be ready. To be ready, you have to prepare. I must say that Joel Campbell and Calum Chambers are two players who do absolutely everything right. They are prepared, the preparation they have created will give them the confidence against Sheffield Wednesday and I’m confident they will play well,” added Wenger.

The inclusion of Chambers could mean Koscielny could be rested. Koscielny, who had only returned from injury 10 days ago against Watford, believes Wenger ringing the changes won’t have a significant impact in the way the Gunners will play. The Frenchman has stressed the importance of rotation within the squad, as he feels injuries could take its toll if there is no rotation.

“We know each other’s qualities and we know the philosophy of the team. A season is long. We saw it last year with a few injuries. So we appreciate having everybody ready to come in. We benefit from the coach’s rotation. Everybody brings his contribution. It’s important to have that,” Koscielny said.

Sweeping changes are expected, but were the likes of Mikel Arteta, Aaron Ramsey, Jack Wilshere, Danny Welbeck and Tomas Rosicky fit, Wenger could’ve had a lot more options for tonight. Hillsborough, the largest stadium in England outside the Premier League, will provide a demanding setting for the Gunners to impose their variety of football on the hosts, and it remains to be seen how their fringe players respond to the challenge at hand.