There was a sense of unfamiliarity about Arsenal’s third goal against Swansea. Up until that point, there were six different Gunners who had scored in the league. Joel Campbell’s first Premier League goal handed Arsenal their fifth straight win in the league, a period which can be described as clinical at best with 16 goals scored and only three conceded. 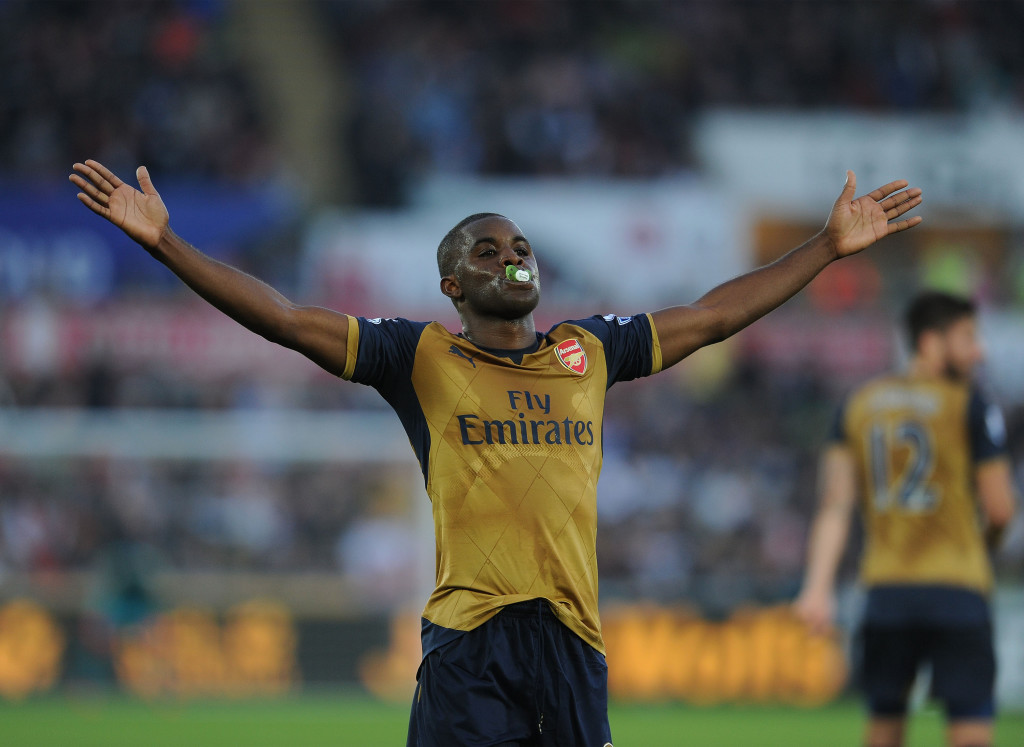 Campbell, whom Arsenal signed from Costa Rican giants Deportivo Saprissa in 2011, has spent his time at no less than five different clubs, including Arsenal, ever since his move to Europe. From France and Spain to Greece and back in England, Campbell has been on a Eurotrip. It’s easy to not believe he is only 23.

Earlier this summer, a move to Italy beckoned with Palermo, but never came to fruition. Instead, Arsene Wenger has now reaped the benefits of keeping Campbell in north London, and his belief in the Costa Rican star has been vindicated at a time when the Gunners have lost a number of influential players through injury.

Wenger has talked up Campbell’s character, a trait bandied about more frequently by managers of today, but Wenger’s words are well worth their weight in gold. Campbell, who came up through the ranks at Deportivo Saprissa, has symbolised his character in journeying around Europe: from Lorient to Real Betis to Olympiakos to Villarreal.

“He comes from Costa Rica, to get out of there and to come to [England] and to go different leagues and survive, you need some character and he has shown that again today. In our job, all you can do is be ready and when you get your chance, take it and I think he did,” Wenger said of Campbell.

People calling for new signings from Wenger this summer have been given a taste of what the Gunners still possess in their reserves by Campbell. The Swansea game was only his fifth career Premier League appearance, but the way he came up trumps against the likes of Ashley Williams, widely regarded as one of the best centre-backs in English football, spoke volumes of his talent.

“Sometimes people want you to buy more and more players but after a while you have to look at your own players,” added Wenger, feeling vindicated by his decision to stick to his players and not delving into the market. Campbell looked set for a move this summer, only for nothing to materialise.

Wenger’s attributes of dealing with young prospects are well-regarded, and time and again he has proved how good he is in the game with youngsters. Campbell’s goalscoring exploits against Swansea may not propel him into the sphere of Mesut Ozil and Alexis Sanchez at the club, but for a club like Arsenal, he can turn out to be a decent player.

“I never let him go as I feel he is a good player and on top of that he is a team player,” Wenger said.

Wenger believed in Campbell, and the Costa Rican has, in a way, incrementally repaid his manager’s trust. Whether it is for the long run is difficult to guess, but for Arsenal to even consider winning the title this season, the impact of players like Campbell will be of significance.

Giroud At The Milestone

When Wenger was asked in his pre-Swansea press conference about reaching 1,999 goals as Arsenal manager, Wenger quipped that he will score the 2,000th goal himself.

But it was his French compatriot who did him the favour as the 2,000th goal of Wenger’s reign at Arsenal was a fine header from Olivier Giroud. Scoring the goal and helping the club achieve a trivial yet important milestone in their history is “cool” for Giroud.

“It is cool. I will be proud to say it to my family and my friends,” Giroud told Arsenal’s official website.

Giroud has now scored six league goals for the Gunners, and leads the club’s scoring charts along with Alexis Sanchez. The Frenchman, who found himself out of favour only weeks ago, has bounced back in some style. Being the only out-and-out striker at the moment, Giroud will need to deliver more of the same for Wenger in the coming games.