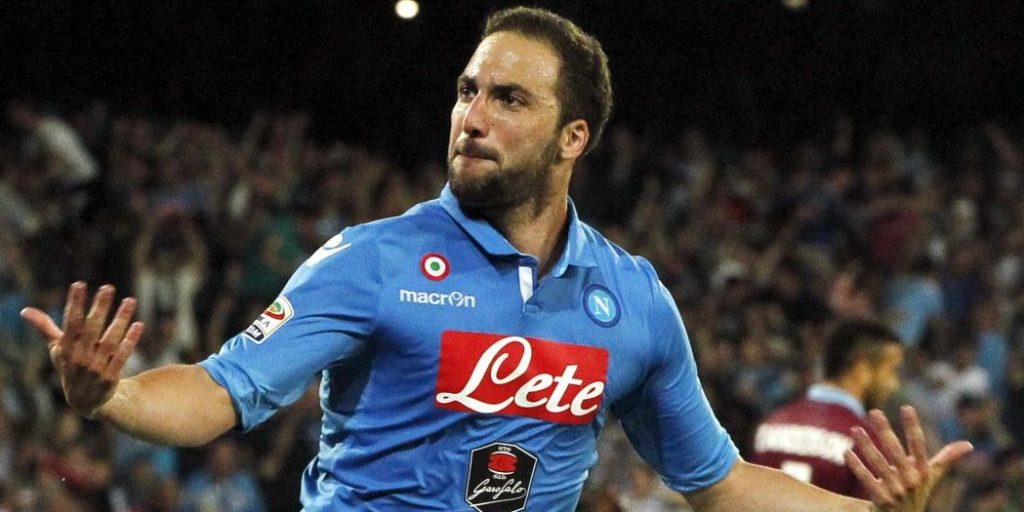 Napoli president Aurelio De Laurentiis has revealed that he rejected a huge €60m bid plus “two or three players” for Arsenal target Gonzalo Higuain from Atletico Madrid last month, while also claiming that the offer is the only one to have arrived for the Argentine striker.

Higuain, 28, is in high demand after breaking the Serie A record for most goals scored in a single domestic campaign, with the striker bagging 36 league goals in a brilliant third season at Napoli.

Arsenal have been credited with an interest in the former Real Madrid man, but face a buyout clause of £78.5m, a clause that has already put paid to Juventus’ interest in the attacker.

With Danny Welbeck to miss the first part of the new season through injury, Arsenal boss Arsene Wenger has only Olivier Giroud and Joel Campbell as first team strikers to choose from for the beginning of the 2016/17 Premier League campaign – with the Gunners’ lack of striking additions throughout previous transfer windows of real frustration to the majority of Arsenal fans worldwide.

Fans are hoping Wenger dips into the transfer fund this summer to bring in a world-class hitman to galvanise their upcoming title charge, with Higuain certainly fitting the bill.

But De Laurentiis has revealed that no other club bar Atletico has made an offer for the striker. Speaking at the club’s pre-season training camp in Dimaro, the Napoli president said (via SkySports): “The only offer I’ve had was from the Atletico [Madrid] President [Enrique Cerezo] a month ago and I told him we couldn’t do it.

This will be a blow to Arsenal’s chances of signing the striker, with Napoli able to reject such a substantial offer. The Gunners’ record signing was Mesut Ozil for just over €50m and it would seemingly take an extraordinary bid to prise Higuain away from Napoli, who have held out for a similarly enormous price three years ago for a previous star striker.

French side PSG had to stump up over €65m for Uruguayan striker Edinson Cavani in 2013, with no other club willing to break the bank for the then Napoli attacker.

If Arsenal want Gonzalo Higuain to lead the line at the Emirates, it looks as though they’ll have to smash their own transfer record.