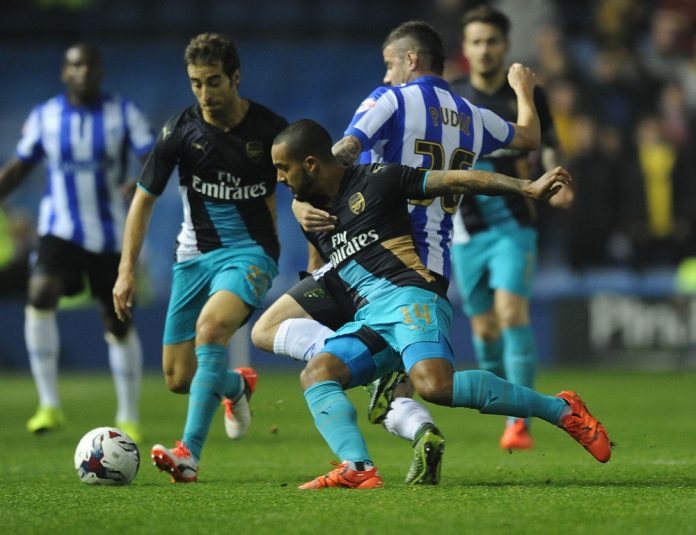 “We know what teams from the Championship are capable of. All teams want to win this tournament ­ it’s an important tournament, especially for teams from the second division playing against a Premier League club. They’re going to be extra-motivated to get the win — you have to respect every team you play. If we approach the match with respect, we’ll have a good chance of winning.”

Arsenal forward Joel Campbell was correct in his pre-match assessment of yesterday’s League Cup opponents, Sheffield Wednesday. The fact he mentioned the importance of the game for a Championship club was evident in Wednesday’s 3–0 win over the Gunners at Hillsborough last night.

Arsenal didn’t quite attach a similar amount of importance, and respect, to the game as the hosts but ended up with two injuries that might possibly have a bearing on how the remainder of their season pans out. After a series of wins that saw the Gunners score ten and concede just once in the month of October, the somewhat overdue calamity struck.

Alex Oxlade-Chamberlain isn’t the regular starter at the club, and only recently has he been given a run in the starting eleven following Aaron Ramsey’s injury. And the young Englishman has quickly joined Ramsey in the treatment room, after coming off in the 5th minute last night in what was a hamstring tear a la Ramsey.

Oxlade-Chamberlain’s replacement, Theo Walcott, also came off less than a quarter hour after being subbed on, falling prey to a calf injury. Walcott and Oxlade-Chamberlain’s injuries will be major headaches for manager Arsene Wenger now, ahead of league games against Swansea and Tottenham sandwiching a trip to Munich to face Bayern Munich in another season-defining European clash.

“We lost two players. Once I lost two players, I had Gabriel and Monreal and I did not bring them on as we could not afford to lose any more players,” said Wenger in his post-match press conference.

It was an Arsenal performance devoid of any identity which could barely be associated with what they have been serving us in recent weeks. Mathieu Debuchy is threatening a move away from the club in January, and Wenger will be eager to offload the Frenchman following his disastrous outing last night. Similar thoughts go out for Kieran Gibbs and Mathieu Flamini, players who clearly illustrated the huge divide between the first eleven and the second-string eleven.

And Wenger, keeping with his habit of not overly berating his own players after a defeat, heaped praise on Wednesday for what he believed was a resolute and dynamic performance deserving of a win. Not many envisaged the Owls making a meal of the Premier League’s in-form side.

“It was a bad night at the office, we lost two players and after that we were not good enough, but on top of that you have to congratulate Sheffield Wednesday. They put in a great performance, very resolute, very dynamic and so they deserve their win tonight,” added Wenger. 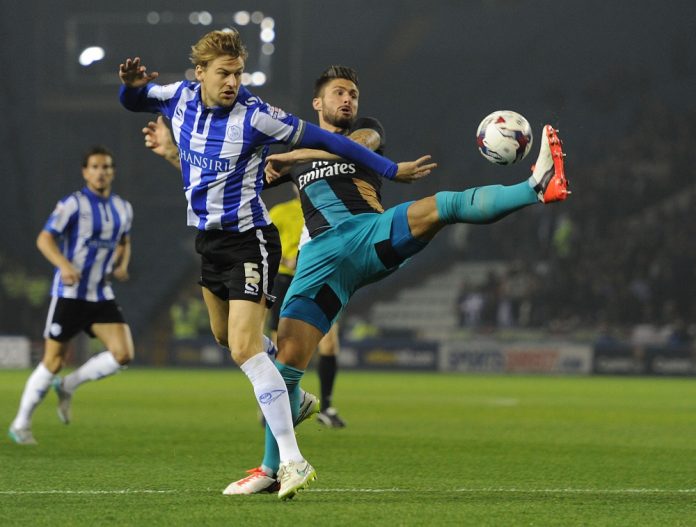 And despite being largely anonymous last night, Olivier Giroud has seemingly reclaimed his regular starting eleven place at the expense of Walcott. It perhaps only happens at Arsenal that you don’t need to make that extra push to take somebody else’s place in the team. Injuries are always around the corner.