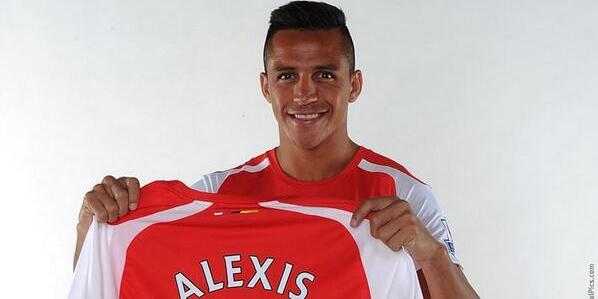 Sanchez, 25, signed for the Gunners on Thursday from Spanish side Barcelona, with Liverpool striker Luis Suarez making the move to the Camp Nou as his replacement.

Reports claimed that Brendan Rodgers wanted the now-Arsenal bound Chilean to move to Anfield as part of the deal, but that he was scuppered by Sanchez’s preference for Arsenal, with Ozil subtly mocking the Gunners’ Premier League rivals on Twitter by assuring his new teammate that he had ‘definitely’ chosen wisely (followed by a wink).

welcome to @Arsenal #AlexisSanchez – you definitely have chosen the right club! 😉