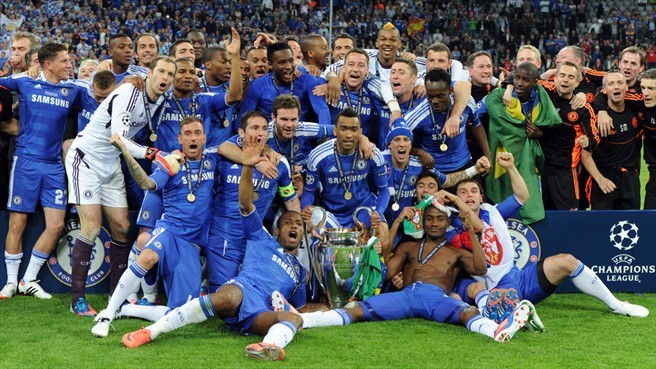 It’s not an unusual phenomenon anymore to not have a single English side realistically challenging for Europe’s most elite club competition, is it? We would like to see the Premier League sides do well, but in our hearts we know that it isn’t going to happen.

Well, that wasn’t the case a few years ago. From 2005 to 2012, barring one season, England had at least one representative in the Champions League final. In 2008, the final two were both English. In each of the years 2007, 2008 and 2009, three of the four semi-finalists were sides from the Premier League. Even though only three sides from England won the competition in the eight-year span mentioned above, there was no doubt as to which was the strongest league in the world.

Manchester United, Chelsea, Arsenal and Liverpool – collectively known as the Big 4, consistently finished in the Champions League places, and had mastered the art of tackling some of the best sides in the continent.

Now though, the duopoly at the top of the table, which United and Chelsea maintained for so many years, has been broken. Manchester City, with their big-money spending have become a real force and have won the Premier League twice in the last three years. They though, do not have the same pedigree in the Champions League. Also, other teams like Tottenham have finished in the top 4 on the odd-occasion, but have been completely outplayed in Europe due to their lack of experience.

Manchester City, for all their dominance in the Premier League, still haven’t learnt how to approach a game against a top European side.

Manuel Pellegrini played two strikers in the home game against Barcelona on Tuesday, a clear indication of his naivety. There is no way Man City, or any other side, is going to beat the Catalans on possession football. And expectedly enough, Barca had 62% of the possession, and were dominant throughout with the spaces that City left in midfield. The final score of 2-1 is hardly a fair reflection, as the visitors should have come away with a much bigger win.

In the three seasons that they have been in the competition, City have been knocked out in the group stages twice and have fallen in the last 16 on the other occasion. This season too, their Champions League campaign looks to be well and truly over.

Arsenal didn’t make things much better for English sides last night as they crumbled to a 3-1 home defeat at the hands of Monaco. The French side were considered by many to be one of the weakest sides left in the competition, having scored just 4 goals in the group stages. But the Gunners made things easy for them with another display that exposed each and every one of their weaknesses.

Wenger named a side with five attacking players, clearly approaching this game like a home game in the Premier League. For a manager who has managed 161 games in the competition, you would think he would be a tad bit more intelligent. The Frenchman saw his side crumble in a performance laden with indiscipline and impatience. Monaco controlled the midfield, with Joao Moutinho and Geoffrey Kondogbia having magnificent games. And deploying the simple yet effective counter-attacking style, they scored 3 away goals that more or less seals their passage into the quarter-finals. The fact that the visitors didn’t have two extremely important players in Jeremy Toulalan and Ricardo Carvalho makes this loss look even more sorry for Arsenal. It is therefore, once again upto Chelsea to save England’s blushes. The Blues have reached the semi-finals 7 times in the last 11 years, and are one of the sole reasons why the Premier League still has four representatives in the Champions League. The UEFA coefficient, which ranks leagues on the basis of their teams’ performances in the competition, would have seen the Premier League drop drastically had Chelsea not won in 2012 or reached the semi-finals last year.

This season, Jose Mourinho’s side are in a comfortable position to make it through after their 1-1 draw away at Paris Saint-Germain in the first leg. The Portuguese, unlike Pellegrini and Wenger, knows exactly how to play according to the opposition, and will set his side up differently for different games. This is a big reason why he has been so successful wherever he has gone.

A few years ago, England was a place where most teams around Europe used to struggle at. Liverpool’s 4-0 win over the mighty Real Madrid in 2009, United’s 4-0 victory over AC Milan a year later and Arsenal’s 5-0 demolition job of Porto following a 2-1 loss in the first leg are clear indications of the fact that at home, the Premier League sides were near-impenetrable.

Now, all that has changed. The fear factor is well and truly gone, as teams come to England looking to take these sides on and get a result. Apart from (to a certain extent), Chelsea at Stamford Bridge, no other team can call their home a fortress.