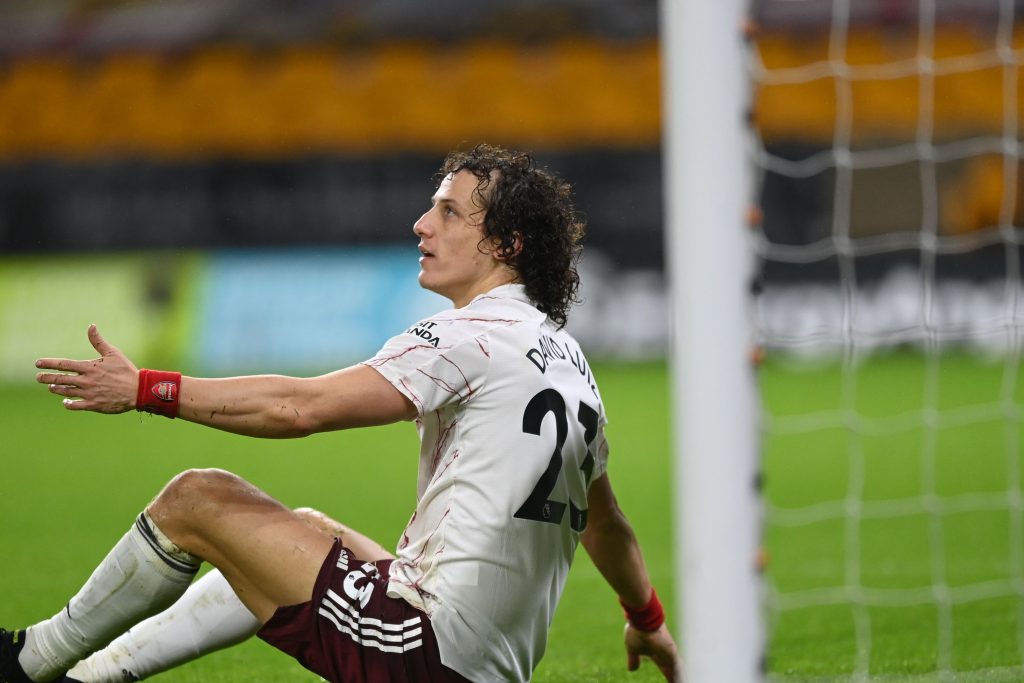 “David Luiz is set to be offered another extension at Arsenal, as Mikel Arteta greatly values his influence on a young team.”

Arsenal fans clicking on the Independent website on Sunday would have been forgiven for thinking that Arteta has taken leave of his senses.

The 33-year-old is undoubtedly a decent footballer. He’s seemingly great around the dressing room. All good so far.

However, Luiz’s primary function is to be a defender. And, let’s be honest here, he is not very good in that department.

As highlighted by his recent dismissal against Wolverhampton Wanderers, the Brazilian is an accident waiting to happen.

A quick look at his statistics during Arsenal’s 4-2 victory over Leeds United on Sunday perfectly highlight Luiz’s deficiences.

He lost possession of the ball 21 times against Leeds – around once every four minutes. By any stretch of the imagination, that’s not great.

Given that he is now in the veteran stage of his career, Luiz is unlikely to suddenly transform himself into a solid defender.

If Arsenal are serious about challenging for silverware next season, retaining Luiz’s services makes absolutely no sense.

The Brazilian is pocketing a hefty annual salary at Arsenal, and the club would be well advised to funnel that outlay elsewhere.