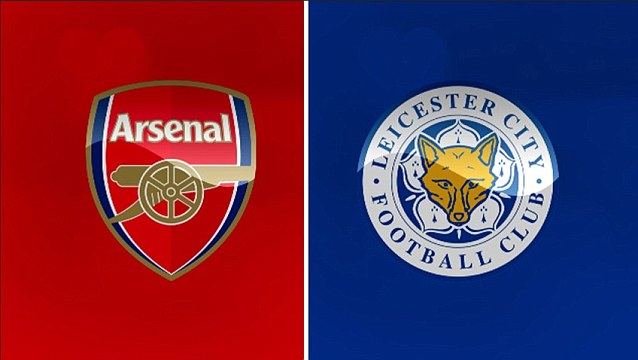 Arsene Wenger has said in the press conference today that Leicester are strong favourites for the Premier League title at the moment, but it is too early to predict the outcome of the title race.

Leicester could provide a real blow to Arsenal’s title challenge with a win on Sunday. The Gunners could find themselves eight points behind the Foxes, and with Manchester City and Tottenham to face off later on the same day, this Sunday could prove to be a massive day in deciding the fate of the title race.

It was supposed to be the most challenging phase of the season for Leicester. Claudio Ranieri’s men have not only defied all expectations this season, but also have dismantled the top Premier League clubs with ease.

They are on a three-match winning run, and cemented their position at the top of the Premier League table with wins over Liverpool and Manchester City in their previous two games. And the Foxes would take a giant leap in winning the league in a fairytale manner, should they win against the Gunners at the Emirates on Sunday.

Arsenal ended a run of four league games without a win after earning a 2-0 victory over Bournemouth in their last game. In the corresponding fixture, Arsenal ran out 5-2 winners, but expect a tight game this time around.

Danny Welbeck has returned to training but he is not yet ready for first team actions. Likewise, Jack Wilshere, Tomas Rosciky, and Santi Cazorla are all sidelined for this game.

In the midfielder, Francis Coquelin should replace Mathieu Flamini, while Wenger could start with Alex Oxlade-Chamberlain on the right hand side.

Daniel Amartey is doubtful for the tie for Leicester. However, Ranieri is expected to field the same XI that won against City at the Etihad in their last game.