Arsène Wenger’s promise to sign a new contract with Arsenal may not particularly be good news for several fans and pundits who may have started to doubt whether the Frenchman still has what it takes to challenge for major honours.

The story of Arsenal and Wenger is truly one of two halves, and while the first several years were nothing short of outstanding, it has now been over 8 years (just over 500 games) since they last won a trophy.

Although Arsenal may end their trophy drought at the end of the month by winning the FA Cup, the same cycle is repeated again in the league. The best example of this was arguably seen this season, where after a promising first half of the campaign, the Gunners dramatically collapsed and only managed to finish once again in fourth spot; a bitterly familiar scenario that has led many to wonder if Wenger’s reputation may be taking a turn for the worse following another chapter of Arsenal’s ‘groundhog day’ top flight performances.

Let’s backtrack to 2004 when Arsenal went on to claim their 13th Premier League title and labelled the Invincibles for not having lost a single match throughout the entire season. At that point in time Arsène Wenger was a legendary figure having successfully implemented the revolution to modern football.

However with the overall transfer market eventually being inflated by extravagant transfer fees and wages from several wealthy clubs, Wenger remained stuck in his methods and refused to ‘play the game’.

He continued to adopt a philosophy of elegant attacking football while moulding young talent into world class players. Despite succeeding with several prospects including Samir Nasri and Cesc Fábregas, they eventually moved on with little to show for after having spent ages being developed. 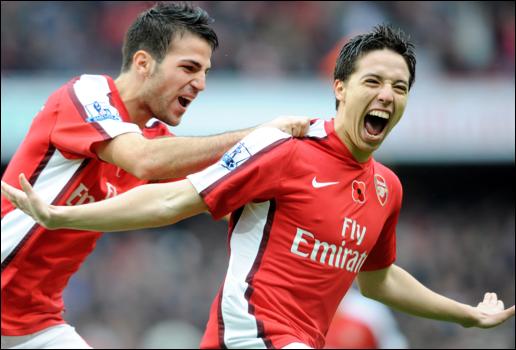 There have been other issues that seem to indicate that Arsène Wenger is becoming more of the problem rather than the solution.

The Gunners have often been eliminated during cup matches due to Wenger’s insistence on fielding weaker and inexperienced squads and often refused to spend money during mid-season transfer windows despite losing key players to injury.

While Arsenal are one of the most financially healthy clubs in the Premier League thanks to Wenger’s strict financial control, reluctance to make significant investments may further hinder their future Champions League prospects, with the expected return to form of rivals Manchester United and Tottenham Hotspurs next season.

Despite the fact that Arsenal can still win the FA cup this season, it would only be a consolation prize given how strong they started the season. And with future competition only more likely to increase Wenger may be better off considering the possible opportunities arising such as Monaco and possibly Barcelona, to restore his reputation as a top manager.