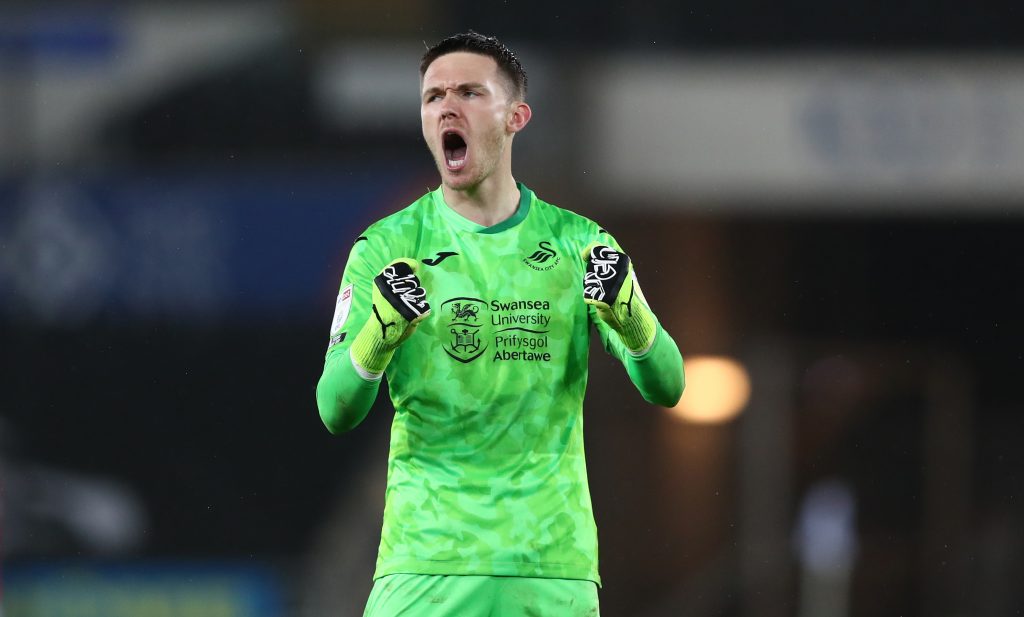 The 23-year-old is currently on loan at Swansea City, and his performances have helped the team up to fourth place in the Championship.

They are currently 11 points behind leaders Norwich City with three games in hand and will fancy their chances of winning promotion to the Premier League.

The Croydon-born keeper has conceded just 18 goals this season, keeping 16 clean sheets to give the Swans the meanest defence in the Championship.

Arsenal need a young goalkeeper with potential who can develop with Bernd Leno and maybe replace him in the future.

He already personal ties to Arsenal through his father, Andy, who is employed as Head of Goalkeeping for their Under-23 team.

Being a back-up to Leno at Arsenal would make more sense than being stranded on the sidelines at St James’ Park.

However, the Gunners could face competition for Woodman’s signature from Swansea if they win promotion to the top flight.

Woodman, who was in Crystal Palace’s set-up before joining Newcastle, is likely to have a big decision to make in the summer.