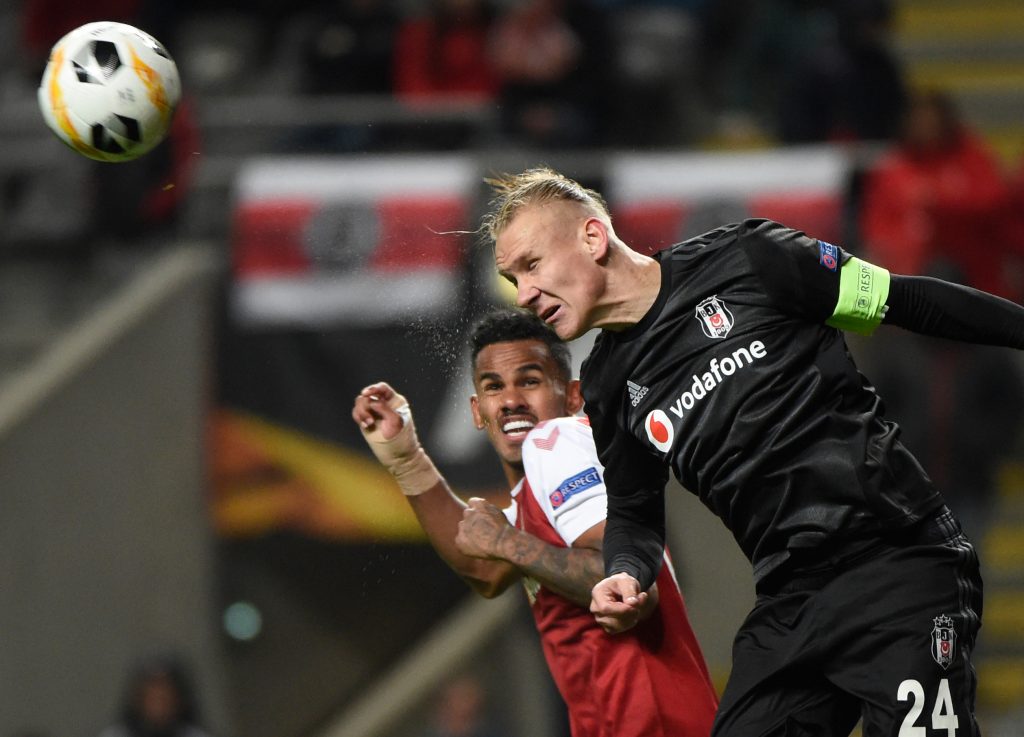 Arsenal are understood to be interested in signing Croatian defender Domagoj Vida from Besiktas during this summer’s transfer window, a report from Aksam claims.

The north London side are looking at the prospect of adding another central defender to their squad this summer despite the fact that William Saliba will be available after his loan spell with Saint-Etienne.

The likes of Axel Disasi and Kristoffer Ajer have been linked with the Gunners in recent weeks but according to Aksam, the club are said to hold a keen interest in landing the signature of Vida, who could be available for only £9m.

The 31-year-old has been with the Istanbul outfit for more than two years and during this period, he has been a regular at the heart of the club’s defence, making 88 appearances in all competitions.

The Turkish outfit are obviously experiencing financial difficulties with the ongoing coronavirus pandemic and that could be the reason behind their desire to sell Vida, who is one of their highest earners.

Meanwhile, the Gunners are loaded with numerous central defensive options in the squad and Mikel Arteta may have to consider offloading a couple of players before strengthening the department.

Aside from Saliba, David Luiz, Sokratis Papastathopoulos, Shkodran Mustafi, Calum Chambers, Rob Holding, Dinos Mavropanos and Pablo Mari (on loan) are among the central defenders contracted to the club at the moment.

Mustafi and Sokratis have been fancied to head through the exit door as they enter the final year of their respective contracts but Mari could stay put on a permanent basis with Arteta wanting a left-footed centre-back in the squad.

Vida is known for his good defensive concentration and strong passing abilities and he could prove a valuable rotation option for the Gunners next term behind the potential central defensive pairing of Saliba and Mari.