Arsenal are set to be without January signing Gabriel Paulista for three weeks after the Brazilian defender picked up a hamstring injury during the Gunners’ 2-1 victory over Queens Park Rangers on Wednesday night.

Paulista who joined arsenal from Villarreal in a £16m deal earlier in the winter transfer window suffered the injury just 36 minutes into the clash and will now miss Monday’s crucial FA Cup quarter-final against Manchester United at Old Trafford. Arsene Wenger was then forced to replaced Paulista with Laurent Koscielny. 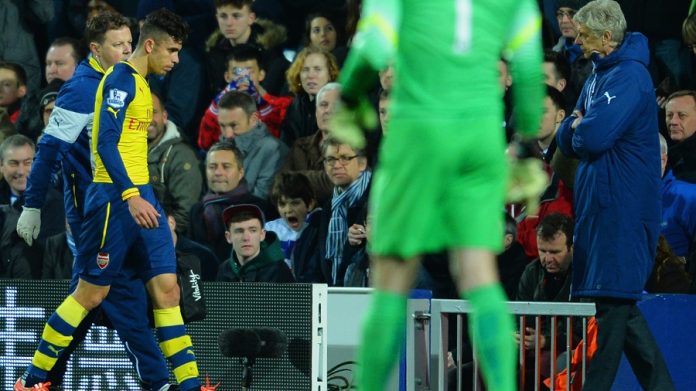 The Frenchman however later praised Alexis Sanchez as the Chilean scored his first goal for seven games. “It’s good because when you don’t score for seven or eight games it is on your mind, even if you don’t say so. He took his chance well, he’s tricky, had a short back lift and scored a good goal.”

“He never gives up and that’s the strength of a good striker as well. He’s resilient and I don’t know what happened before because it looked like, for someone who was desperate to score, he could have taken the chance and he waited for somebody. After that, the fact that he could still score shows that he has the mental strength to respond.”