Arsenal have been put on high alert after French striker Karim Benzema has reportedly asked Real Madrid to double his wages. The story has featured in Spanish newspaper AS. 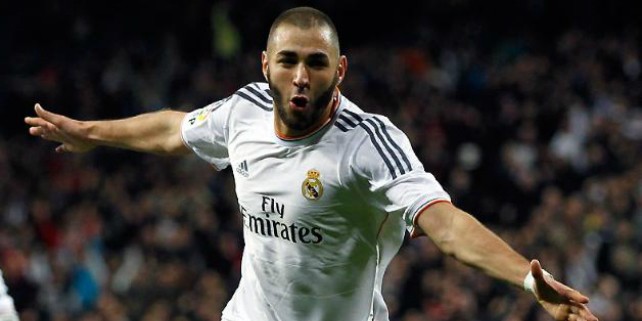 The French striker’s career at the Spanish capital is at crossroads as the Galacticos are believed to prepare to a whopping bid to land Liverpool’s Luis Suarez in the summer.

Benzema is believed to be a protege of President Florentino Perez and despite scoring 22 goals and grabbing 14 assists in 46 appearances for the Champions League winners, the French striker’s future is uncertain at the Bernebeu.

The 26 year old earns €4.5 per year but the player has asked the club to double his earnings to €9m which equates to £150,000 a week. However, there are reports that some Madrid executives feel the player’s demands are too inflated which might well not be accepted.

Arsenal have been keeping tabs on Benzema for quite some time now and manager Arsene Wenger is desperate to sign a striker in the summer. Earlier Olivier Giroud also asserted the Gunners’ importance to acquire the services of a star striker which would help the Emirates outfit to significantly challenge for the Premier League title.

Arsenal have been linked to top quality strikers over the past few months but will they finally add a big name to their squad in the summer? Let us know in comments below.