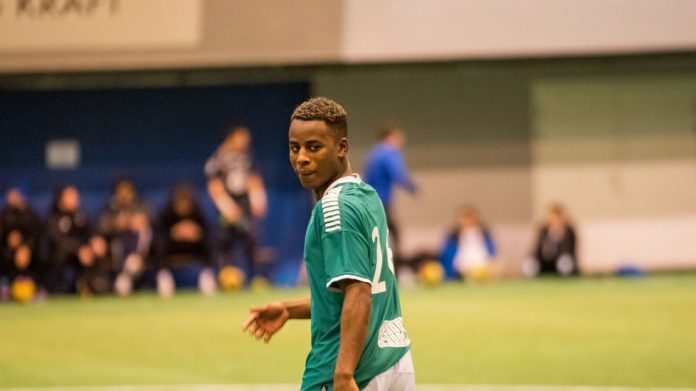 The 19-year-old had a trial with the Gunners at the beginning of March and it appears that he has sufficiently impressed to sign for the club on a free transfer.

“Yes, we can confirm that [Lewis has signed an Arsenal contract]. I have been told that he has signed for Arsenal. We wish George good luck,” Jensen revealed.

Lewis only made five appearances for Larvik, who are playing in the third tier of Norwegian football and he was a free-agent when he had the trial with the Gunners earlier this year.

The teenager has shown his versatility of playing in different attacking positions but he tends to prefer operating on the left wing.

In the past couple of years, the Gunners have recruited the likes of Matteo Guendouzi and Gabriel Martinelli, who have turned down as surprise packages.

Both of them were relatively unknown when they made the switch to the club but they have already made their mark with a few standout displays with the first-team.

Not much is known about Lewis’ progress but it is reported that he may link up with Steve Bould’s Under-23 side next season instead of the senior squad.

It remains to be seen whether the young Norwegian can impress sufficiently with the reserves such that he can make the breakthrough under manager Mikel Arteta.