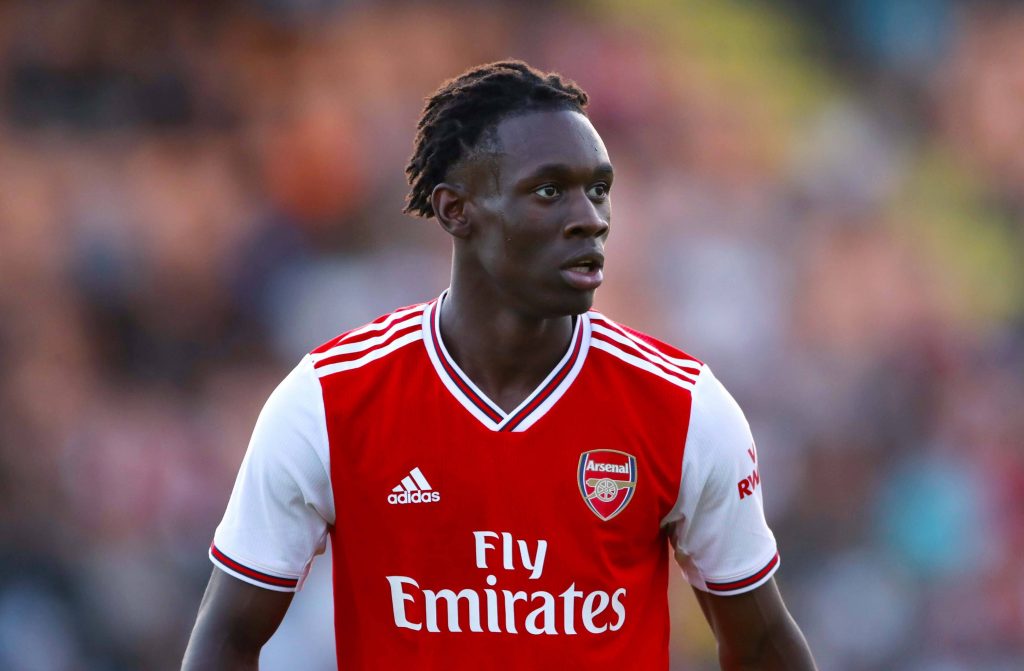 Arsenal starlet Folarin Balogun has officially signed a new long-term deal with the Gunners, having rejected a contract offer from Bayer Leverkusen.

Balogun has been considered a top talent for a little while now but has hardly featured for Arsenal.

The Englishman has made five Europa League appearances this season, but those only equate to 63 minutes on the pitch.

As a result, there were suggestions Balogun could leave Arsenal when his contract expired at the end of the season.

However, it was reported recently that Arsenal had beaten off interest from Bayer Leverkusen to secure Balogun’s future at the Emirates.

His new contract has now been finalised and made official.

Speaking on his new deal, Balogun revealed he has taken inspiration from Bukayo Saka and Emile Smith Rowe’s rise to the first team, while also taking advice from Arsenal’s more experienced forwards.

“Bukayo and Emile have shown me that if you just stick at something for long enough, eventually it will pay off,” Balogun told Arsenal’s official website.

“I take huge inspiration from them. I thought both of them seemed ready when they were called up each and every time.

“I thought they definitely prepared, not just physically but also mentally, for the challenges. I think that’s something I’ve learned from them.

“Every time I come over, all the lads are friendly, but in particular I would say the strikers’ union [have helped me most]. Laca, Auba, Eddie, we all talk, we all get along and laugh.”

Balogun confirms on Instagram that his contract runs until 2025. Great news. Hopefully he makes his league debut before the end of the season.

The saga is FINALLY over as Folarin Balogun signs a new long-term deal with Arsenal. Extremely excited to see how he develops next season, highly expecting him to be involved with the first-team. Fantastic news 🔴⚪️ https://t.co/JUWiZPbc9l

Balogun signs new contract with Arsenal. You love to see it ❤❤ pic.twitter.com/Am2DVpqcC6

This will come as a big boost for Arsenal and Mikel Arteta, who are attempting to form a backbone of youth players in the squad.

Saka, Smith Rowe and more have broken into the Arsenal first team, with Arteta clearly putting an emphasis on the next generation.

While Balogun is yet to truly break through, many fans have already called for Arteta to give him more chances.

Interest from Leverkusen also shows the level of potential the forward has, and he must be managed right by Arteta.

If his first league appearance comes before the end of the season, it could mark the start of an exciting Premier League career for Balogun.