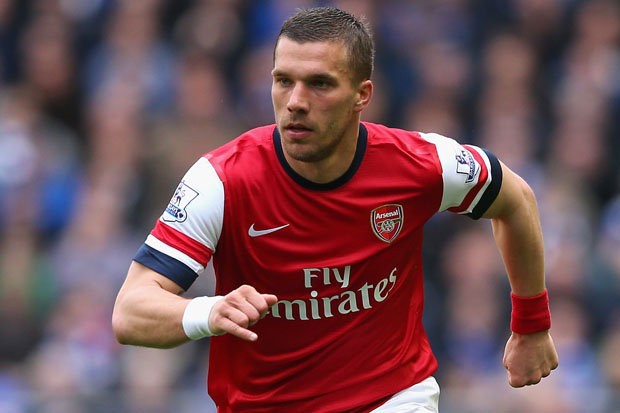 Arsenal’s Lukas Podolski had been linked with the likes of Napoli during the summer but the German has said that he received no offers about a transfer.

The 29 year-old played just 27 times in all competitions for Arsenal last season, leading to speculation that he could be on his way out after just two seasons at the London club.

However, he has now said that there were no offers for a transfer during the summer. He told the German newspaper Bild: “A move away from Arsenal did not fall through because I had no offers to move.

“There have been enquiries from other countries, also from Bundesliga clubs, but I am from Cologne and it would have been tough for me to represent any other German club.

“I had a very good conversation with the manager. He has stressed he is putting trust in me and my qualities.”

After the arrival of Mesut Özil in 2013, Podolski appears to have moved down the peking order with Santi Cazorla or Özil playing in the left midfield position. He was an unused substitute in the 2nd leg Champions League qualifier against Besiktas and only played the last 15 minutes against Leicester.