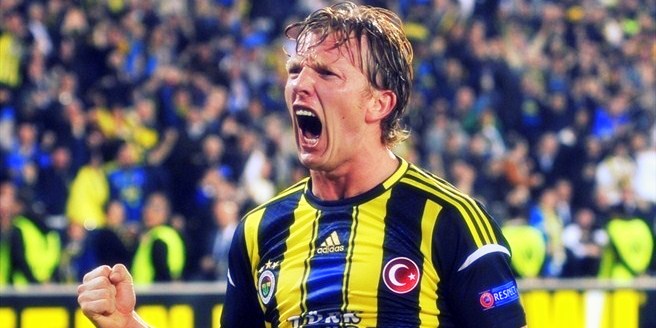 On the 21st of August, the draw for the play-off round of the Champions league had been set.

Arsenal, the English representative in the draw, have been drawn with one of Turkey’s best – Fenerbahce. Arsenal will have to be aware of the threat of the Turks in order to stand a chance of qualifying for the group stages.

Fenerbahce are slowly becoming one of Europe’s elite teams and they have without a doubt a very strong squad. They boast the likes of ex-Liverpool star Dirk Kuyt, former Chelsea midfielder Raul Meireles and experienced Portugese defender Bruno Alves. Their key player however will be the Senegal international Moussa Sow who enjoyed a successful campaign last season, scoring 19 goals in 53 games.

The Senegalese man has been their main goal scoring threat and no doubt cause a heap of problems against the Gunners. His aerial ability will need to be dealt with and the likes of Per Mertesacker will be very important in winning aerial battles against the forward. Sow also possesses an excellent long shot and the Arsenal will need to close the Senegalese down quickly once on the ball. Mikel Arteta will be key in doing so.

Fenerbahce appealed to CAS (the Court of Arbitration for Sport) after they and compatriots Besiktas were punished by European governing body UEFA.

CAS says a final decision will be made by 28th August, which could be the date of the second leg of the play-off, but UEFA says no decision has yet been made regarding what would happen if Fenerbahce won the tie and lost their appeal.

The teams met in Group G of the competition in 2008-09 with Arsenal winning 5-2 in Turkey and the return at the Emirates finishing goalless. So, there could yet be a twist in the tale if Fenerbahce’s appeal is overturned.

However, if their appeal is successful, Arsenal will have to take their opponents seriously. Fenerbahce finished second in the Turkish Super Lig last season and beat Galatasaray in their last fixture 2-1.

Arsenal cannot underestimate the strength of their opposition especially after their brilliant display in the Europa League last season, beating the likes of Lazio and Marseille to reach the semifinals.

Although Arsenal are favourites to win, they have to improve on their topsy-turvy European results from last season.