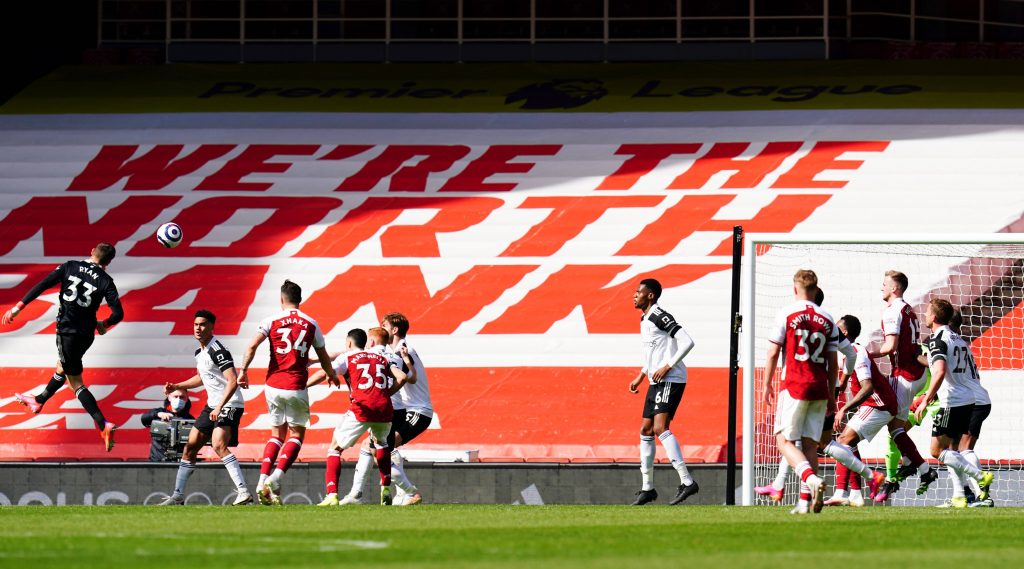 A selection of Arsenal fans on Twitter reacted to Mat Ryan’s late impact against Fulham in the Premier League on Sunday, which contributed to the equalising goal.

The Gunners had a tough derby against the Cottagers and were denied a goal before the interval for a tight offside decision adjudged by VAR.

Fulham scored against the run of play in the 59th minute via the penalty spot.

The Gunners could consider themselves unfortunate, given there was little to no contact from Gabriel Magalhaes on Mario Lemina.

They managed to get something out of the game in the final seconds of stoppage time as Eddie Nketiah scored from a rebound of a Dani Ceballos shot.

The chance was created by Ryan, who produced a lovely flicked header for Ceballos. That pleased some of the faithful, and here are a few reactions.

It was not the result desired for the north London club as they missed an excellent opportunity to close the gap on the European places.

They are still nine points adrift of the Champions League places and four behind seventh-placed Tottenham Hotspur, who are occupying the final European spot.

The Gunners’ next outing will come up against Everton on Friday night. Bernd Leno was rested for the derby, and he is likely to return between the sticks.

Following the Toffees clash, the Gunners are scheduled to face Villarreal on the road in the first leg of their Europa League semi-final on April 29.