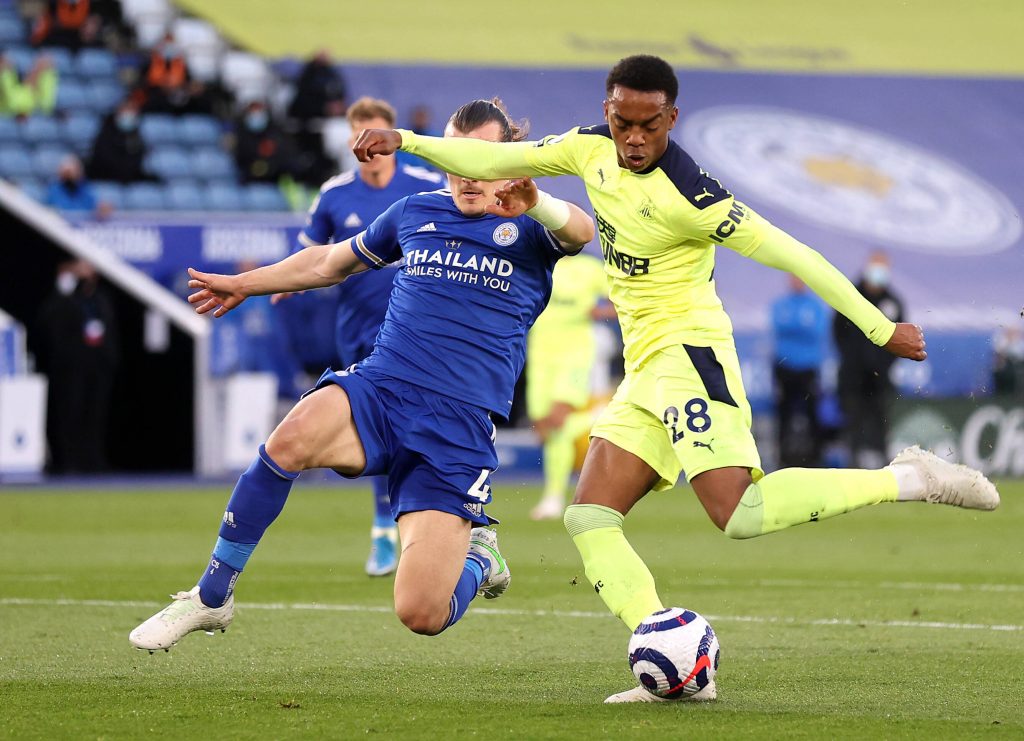 A selection of Arsenal fans on Twitter were impressed with Joe Willock’s performance during Newcastle United’s stunning 4-2 Premier League win at Leicester City on Friday.

The on-loan midfielder has been in fine form for the Magpies, recently scoring late goals off the bench against Tottenham Hotspur, West Ham United and Liverpool to help them secure four additional points.

He was handed a start by manager Steve Bruce last night and continued his excellent scoring streak by bagging the opening goal in the 22nd minute.

Willock nabbed possession from defender Caglar Soyuncu and advanced into the box before steering a left-footed effort across goal from a tight angle.

The 21-year-old joined the Magpies on loan during the winter transfer window, but he has made a huge impact with five goals from 11 league appearances.

His contributions have helped the club stay clear of the relegation battle, and they are on the cusp of confirming their top-flight status for next season.

Several Gunners fans were impressed with Willock’s displays. Here are a few reactions after he scored for a fourth successive league game.

Amazing that Willock went on loan to Newcastle in January and has managed more league goals than our entire midfield put together this season.

Joe Willock has now played 59 minutes for Newcastle against Spurs, Liverpool & Leicester City. He has scored against each of them.

Willock scoring for Newcastle game after game while we're stuck with 33 year old Willian with 0 goals in 36 games. 😭😭😭

Willock is physically a monster. So quick, so strong and unreal engine. Bring him home @Arsenal

Willock was impressive for the Gunners in the Europa League group stage this term, registering three goals and three assists from five appearances.

His form saw him handed a couple of league starts in November, but he was unable to make much of an impact in those games.

This was followed by the breakthrough of Emile Smith Rowe, and the Gunners were happy to loan Willock out to gain league experience.

Willock has certainly made the best use of the temporary stint, and his progress will have caught the eye of Gunners boss Mikel Arteta.

Martin Odegaard has played as the deep-lying playmaker for the Gunners, but his loan spell from Real Madrid will end this month.

The club are already eyeing high-profile replacements, with Real Betis’ Nabil Fekir identified as a potential target to replace the Norwegian.

Willock may not be assured regular starts next term but could quickly move up the pecking order if he can make a similar impact in the league for the Gunners.