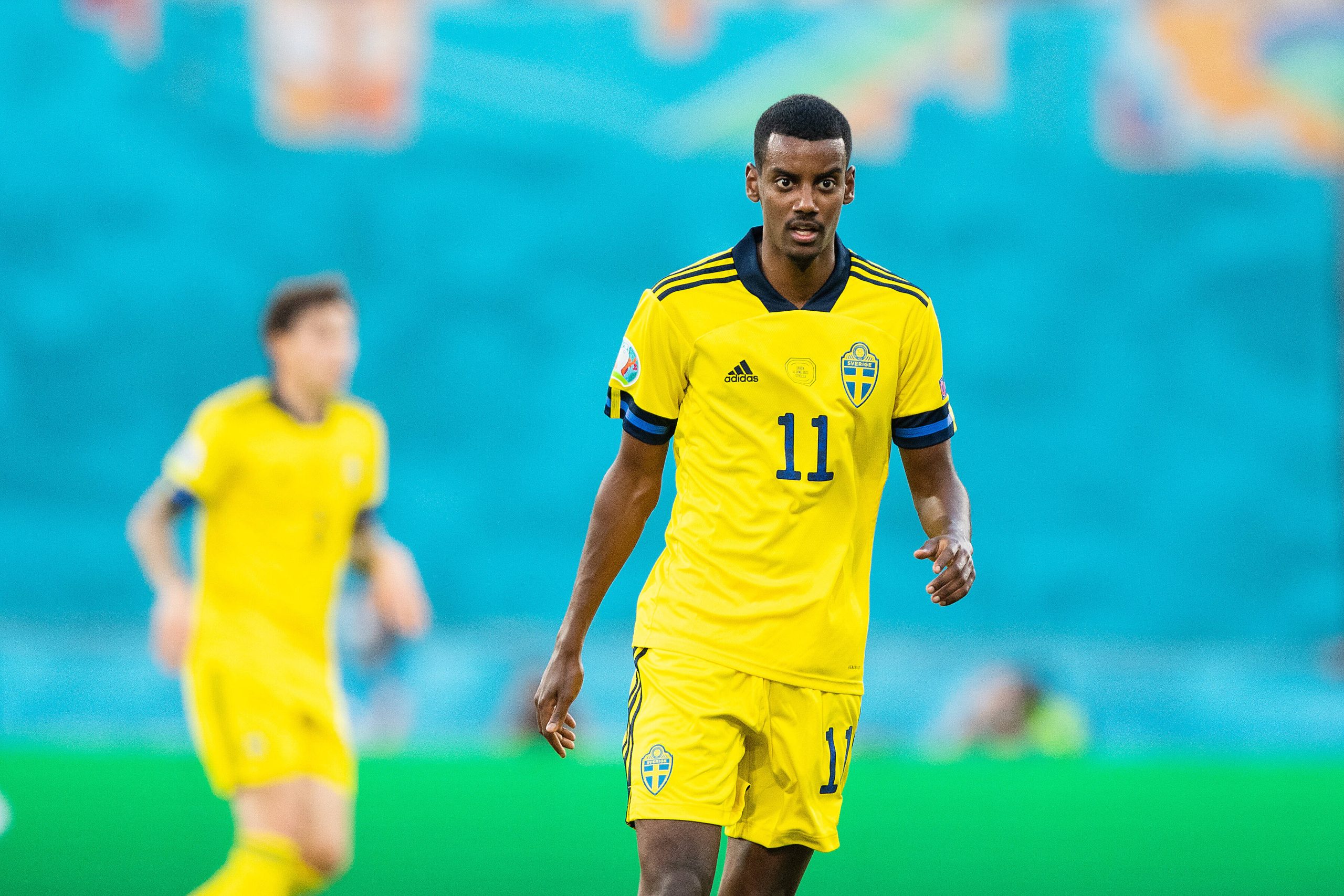 Some Arsenal fans reacted to the performance of Alexander Isak during Sweden’s goalless draw against Spain at Euro 2020.

Sweden had a tough night against La Roja in Seville, finishing the game with just 14 percent possession.

Despite this, they came up with a hard-fought point, partly due to Spain’s poor finishing in front of goal.

Alvaro Morata, Gerard Moreno and Pablo Sarabia missed out on clear-cut scoring chances for the hosts.

Meanwhile, Isak caught the eye of many Gunners fans with his impressive impact on the other end.

He nearly opened the scoring for Sweden before the break, but his shot deflected off Marcos Llorente onto the post.

At the hour mark, he showed sublime skill to outsmart three defenders before delivering a peach of a cross for Marcus Berg at the far post.

The 34-year-old had a simple tap-in but ended up missing the target completely, much to his own disappointment.

Some Gunners supporters were impressed with Isak’s showing for Sweden, and here are a few reactions on Twitter.

Alexander Isak is the one people. Please @Arsenal

Look how Alexander Isak worked that space and pulled it across, excellent play man…….

He’s gonna be scary when he’s fully developed man, I would love him at Arsenal

Those @arsenal scouts better be watching this game. Gem of a striker #AlexanderIsak pic.twitter.com/YEGE7L02Wl

@Arsenal go all out and get Alexander isak is he quality

The Gunners are not actively looking for another striker, but the situation could change with the possible exit of Alexandre Lacazette or Eddie Nketiah.

Technical director Edu Gaspar is a huge admirer of Isak, and it was recently reported that the 21-year-old is a potential future target for the club.

Real Sociedad could accept a lesser fee than his €70 million release clause, but Borussia Dortmund have the advantage in the player’s pursuit.

The German outfit have a €30m buy-back clause for the striker, and they could purchase him before sanctioning his sale for a profit.

Isak has the qualities to succeed in the Premier League with his pace, quick feet and physical presence in and around the box.