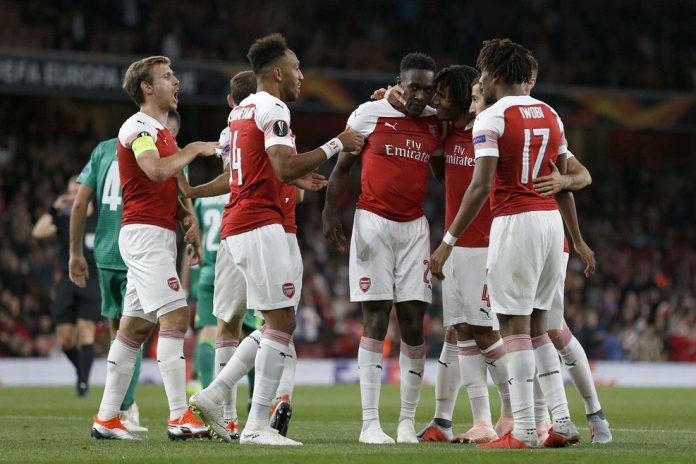 The Gunners earned a comfortable 4-2 victory at the Emirates, with goals coming from Pierre-Emerick Aubameyang, Danny Welbeck and Mesut Ozil.

One player who particularly impressed during the game was Alex Iwobi. The 22-year-old looked energised throughout the game, and Vorskla couldn’t cope with him.

His direct movement and pace created problems and did set up the first goal for the Gunners.

Arsenal fans have taken to social networking site Twitter to express their reaction to Iwobi’s performance, and they are very pleased with what they saw.

Some of the fans were surprised to see his transformation under the new boss, while many feel that his return to form seems like a new signing for the club.

Have to say, Iwobi really seems to be benefitting from working with Emery. He’s been bright and lively whenever he’s played this season. Good to see. So much potential that needs releasing in him.

Unpopular opinion: Alex Iwobi has actually been a different player this season. Has his promise back.

Iwobi looks so rejuvenated and looking like a player full of confidence. Playing like the Iwobi from 15/16. Naija Messi in the cut‼️‼️

Iwobi might need to play more often. Best option we have on the wing.

Arsenal will face Everton next in the Premier League clash on Sunday and Iwobi will be hoping to impress there as well.