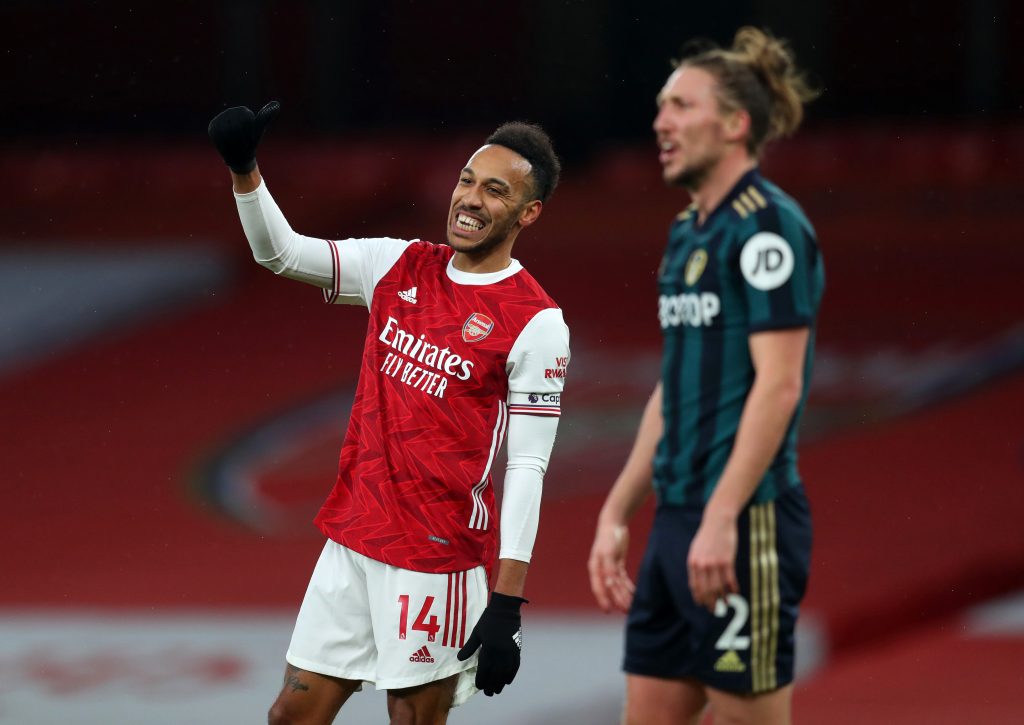 A section of Arsenal fans have hailed the performance of Pierre-Emerick Aubameyang following the club’s 4-2 Premier League win over Leeds United at the Emirates Stadium.

The Gunners had recently gone winless for three league games and had suffered back-to-back losses at Wolverhampton Wanderers and Aston Villa.

They made up with a strong display against Marcelo Bielsa’s side and Aubameyang was the standout player as he bagged his first hat-trick in English top-flight football.

The Gabon international had made his first league start since the Newcastle United win on January 18, having missed two games in between due to the ill-health of his mother.

He was unable to make much of an impact off the bench in recent defeats in the west Midlands but redeemed himself with a hat-trick scored in just 47 minutes.

The north London side found themselves in a nervy situation as Leeds came from four-nil behind to make it 4-2 in the 69th minute.

However, the defence managed to refocus and the likes of David Luiz and Gabriel Magalhaes made some key interceptions in the box.

Meanwhile, Aubameyang could have scored another late in the game but he was denied by the woodwork.

His performance pleased a number of Gunners fans and here are few reactions on Twitter.

Seeing Aubameyang scoring for us do give me some special kind of joy. #coyg

Aubameyang has been absolutely class, looks like the Aubameyang of last season! #ARSLEE #COYG #AFC

There is no better sight that Aubameyang smiling

Superb 3 points by Arsenal. Much better performance. Ruthless in front of goal. Glad to see Auba back to his best.

Aubameyang was definitely MOTM today but I thought Saka was his usual brilliant and Dani was really good also. Special mention for young Hector

With his hat-trick, Aubameyang has become the club’s top-scorer this season with 11 goals in all competitions.

He also entered an elite list of strikers who have netted 200 or more goals in Europe’s top-five leagues in their respective careers.

Next up, the Gunners face a tricky game against Benfica in the Europa League round of 32 first-leg to be played in Rome.

The victory over Leeds should provide the momentum for the midweek game where Mikel Arteta is likely to make a few changes.

The likes of Rob Holding, Alexandre Lacazette and Nicolas Pepe could return to the starting line-up against the Portuguese outfit.

In other news, Arteta has provided an injury update on Kieran Tierney and Thomas Partey ahead of the European tie.