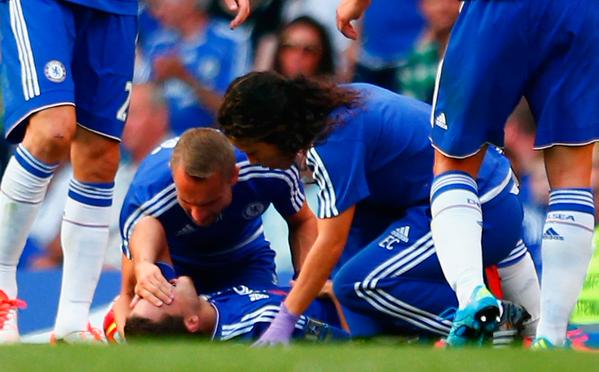 Chelsea physio Eva Carneiro made headlines this week after Jose Mourinho barred her from attending training sessions and taking place on the bench for matches, following here rush to treat Eden Hazard in Chelsea’s draw with Swansea.

Mourinho has been accused for not looking at player’s safety, while Eva received strong support from PLDG, as she was merely her job on pitch.

Arsenal have already snapped Petr Cech from Chelsea this summer, and now the Gunners fans are urging their club to sign the Chelsea physio.

Check some of the tweets from the Arsenal fans:

Just resign and come to #Arsenal Eva Carneiro, you will be respected and loved.. pic.twitter.com/76RXYQvzIQ

Eva should come to Arsenal, a truly great club where she’ll be appreciated for treating injured players. — JR™ (@MisterJRussell) August 11, 2015

If Mourinho is dumb enough to axe Eva then she always has a place at Arsenal. Then again our players would be injured all the time.

Arsenal fans have even prioritised her over Karim Benzema’s signing this summer. As per reports in Spain, Arsenal are ready to pay large sums to sign the French star.