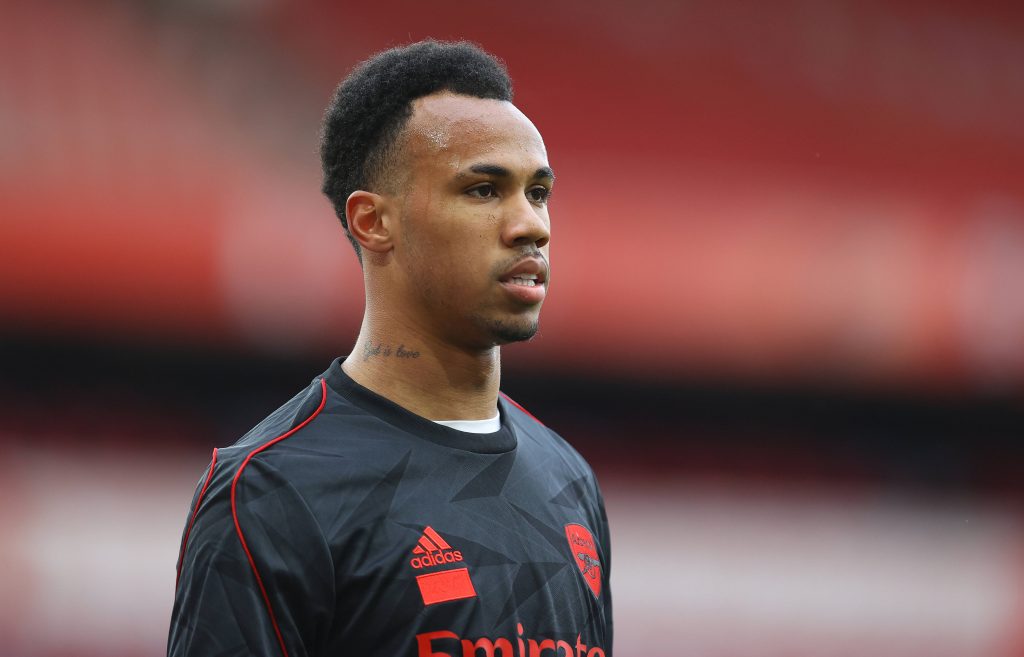 A selection of Arsenal fans on Twitter heaped praise on Gabriel Magalhaes after he made a crucial goal-saving clearance in the 2-1 Premier League win over Tottenham Hotspur on Sunday.

The Gunners were the dominant side from the off in the north London derby, but they were unable to capitalise on their chances which has been a regular trend this season.

Out of the blue, Erik Lamela scored a stunning goal with a rabona in the 33rd minute. The Argentine’s shot managed to find the far post despite two defenders in front of him.

Mikel Arteta’s side hit the woodwork for the second time, but managed to pull level before the break via Martin Odegaard’s shot which deflected past Hugo Lloris.

Shortly after the hour mark, the Gunners went ahead after a penalty won and scored by Alexandre Lacazette, which caused plenty of debate.

Spurs were down to 10 men in the 76th minute as Lamela received a second yellow card as he caught Kieran Tierney in the face with a straying arm.

Surprisingly, that brought the best out of Spurs. Harry Kane had a goal chalked off for offside but hit the post with a superb free-kick thereafter.

The deflected ball fell into the path of Davinson Sanchez, but his shot was splendidly blocked by Gabriel Magalhaes to preserve three points for the Gunners.

Some of the club’s faithful were clearly delighted with the impact, given Leno would have been beaten in goal as he was still on the ground.

Odegaard MOTM for me. Think he was amazing. But ESR or Gabriel have shouts. Gabriel saved us at the end there.

My Man of the Match. pic.twitter.com/jqjZu3drma

We have a World-Class defender with us. Absolutely colossal and mad performance! If not for this block we would be crying about rn!

The 23-year-old has become a fan favourite since joining the club from Lille last summer and he appears back to his best after time out with COVID-19.

He has formed a solid partnership with David Luiz, and they comfortably dealt with the threat from Harry Kane, who managed just 10 passes and was ineffective from open play.

The Gunners have moved within 10 points of fourth-placed Chelsea with the win and have a game in hand against West Ham United this weekend.