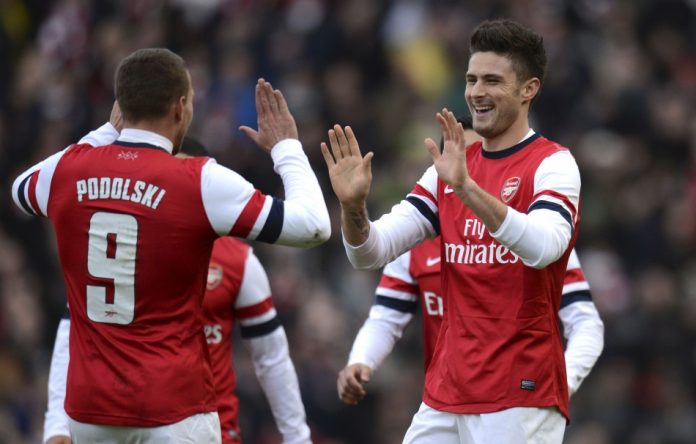 When looking at Arsenal’s opening fixture list, many feel the Gunners could start the season very strongly.

Tottenham are the most notable side out of the nine fixtures which pose the most threat to the Gunners, but being early into the new season could work in Arsenal’s favour as Spurs have a number of new recruits which will take time to settle in the side.

As expected, Arsenal are big favourites to win their opening game against Aston Villa. Manager Arsene Wenger will be hoping his side can release the pressure off his shoulders following a summer to forget after missing out on a number of transfer targets.

Some people view the Gunners as dark horses for the title, but they will certainly need to make the most of the seemingly favourable run of fixtures. Last season they started the campaign very slow, and had to put in a superhuman effort during the final couple of months in order to snatch the last Champions League place from under fierce rivals Tottenham’s nose.

This season more than ever, the fans and the club are keen to end the trophy drought and are also eager to prove the critics wrong. Many pundits have already ruled out Arsenal to win any honours, but surely the side should start the season sharply having the same lineup as last year?

This could well be Arsene Wenger’s last year with the London side as his contract expires at the end of the season. He will be desperate to end his long-lasting legacy at Arsenal with a trophy – after an 8-year drought.