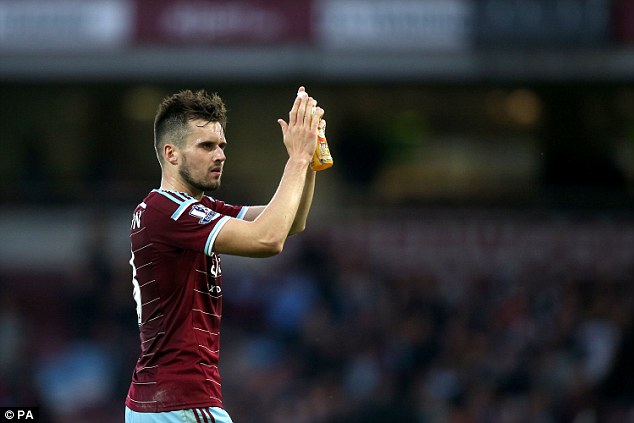 According to reports from the Daily Mail, Arsenal are ready to sell Carl Jenkinson if West Ham are ready to pay £10m for the defender’s services permanently in upcoming summer transfer window.

Jenkinson had joined the Gunners from Charlton Athletic in 2011 and made a total of 57 appearances for the Gunnersn before heading to West Ham on loan last summer. With Mathieu Debuchy, Calum Chambers and Hector Bellerin’s presence in the North London side’s squad, Jenkinson would be better advised if he heads towards the exit permanently from the Emirates in the summer.

The 23-year-old has been impressive for the Hammers this season and the report states that manager Sam Allardyce is a huge fan of the right back. In fact the report also mentions that co-owner David Gold hinted on Sunday that the club would push to make the deal permanent in the summer.

Arsenal though value Jenkinson at £10m and are ready to sell if the Hammers are willing to match the quoted price. Jenkinson has featured in 24 appearances this season as West Ham lie 10th in the standings, determined to fight for a Europa league berth next term.