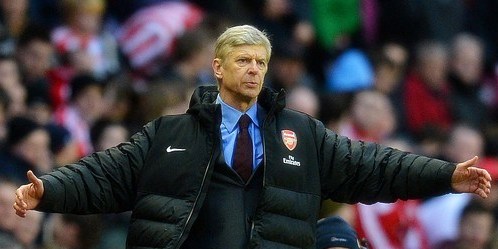 Arsenal will start their European knockout round proceedings as under dogs, even if they are playing at home.

They are going through a stuttering domestic campaign, knocked out of both the domestic cup competitions and now the Champions League remains their only hope of ending an eight year trophy drought. To take the words of Ogden Nash, the famous poet, it is “hope-hopen”.

Bayern Munich have conceded only – and yes only – one away goal this season in the Bundesliga. They are 15 points clear at the top of the table of the second placed Borussia Dortmund. Surely, the gulf in class is huge.

Having said all this, if any English team can achieve the unexpected, it has to be Arsenal. They are unpredictable and only that factor keeps their hopes alive. The fight back usually takes place for them, when they hit rock bottom.

Who would have thought them to beat then AC Milan at San Siro in 2007/08? Nobody, especially after enduring a goalless draw at the Emirates and their domestic campaign on the verge of a meltdown.

While Alex Ferguson had no answer to the might of Barcelona, Arsenal beat them at the Emirates in 2010-11, despite going 1-0 down at half time. Though they eventually crashed out of the tournament, but beating the La Liga giants, even at their home turf, is a huge achievement.

Likewise, the golden generation of Arsenal eviscerated Inter Milan 5-1 at home in 2003/04 and earned 1-0 triumph over Real Madrid on their dream European campaign in 2005/06.

One factor might prove to be a mental obstacle, that is, over the two legged knock out phase, Arsenal have never registered victory against the Bavarians. In 2004/05 they came very close but couldn’t manage to find that extra goal needed to progress.

But, do they have anything to lose now? This is their last chance of salvaging something out of a dull campaign – if that is not enough for inspiration, they probably don’t deserve to play at this level at all.

Arsenal will hope to change that record tonight. They have done it before and they can do it again. We saw a furious, frustrated and flummoxed Wenger in recent times, tonight could be the night of the genius.