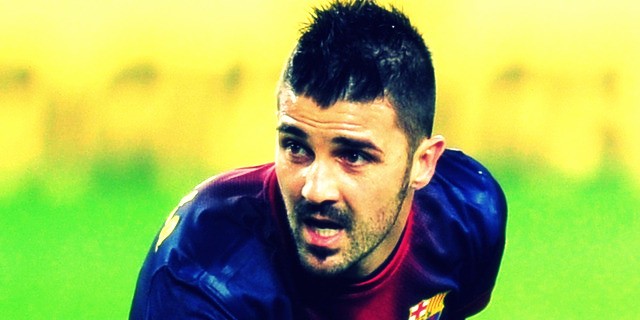 Arsenal could make a move for Barcelona forward David Villa in the January transfer window and are looking to cough up some of the money by selling the squad’s fringe players.

Barcelona have resisted the temptation of sending the 31-year-old on loan to top English clubs like Chelsea, Liverpool and Tottenham, insisting they will only consider a permanent switch.

Arsenal are looking to usurp this opportunity by selling some of the unwanted players at the club to generate the necessary cash while a fee in the region of £15 million would be enough to price out David Villa from the Catalan club.

Marouane Chamakh has already been loaned out to West Ham, while Andrey Arshavin, Johan Djourou and Sebastien Squillaci are all expected to find the exit doors within next few weeks.

Arshavin has had talks with Reading; Djourou is wanted by Bundesliga outfit Hannover 96 while Squillaci may leave the club on a free transfer.

Though Arsenal have yet to make any formal offers but Barcelona are aware of their strong interest and whether they’re willing to do business or not, we will find out. Barca’s director of football, Andoni Zubizarreta has said that they don’t sell key players in January and David Villa will not be an exception.

The situation is tilted slightly in favour of the Gunners as English sources report that the player himself is keen on a move to the Emirates Stadium in January. The Spanish international is ready to make a personal request to club hierarchies to grant him a move to North London.

Arsenal are in need of a marquee signing to appease the ravenous demands of the fans while manager Arsene Wenger has felt the need to find an alternative to target man Olivier Giroud.

The Gunners have a good relation with Barcelona having sold midfielder Alex Song this season and Cesc Fabregas a year before.

The only fly in the ointment remains is Villa’s injury record. Given the fact that El Guaje’s entire game is pace dependent, whether he can adjust to the rigours of the Premier League is a big question.