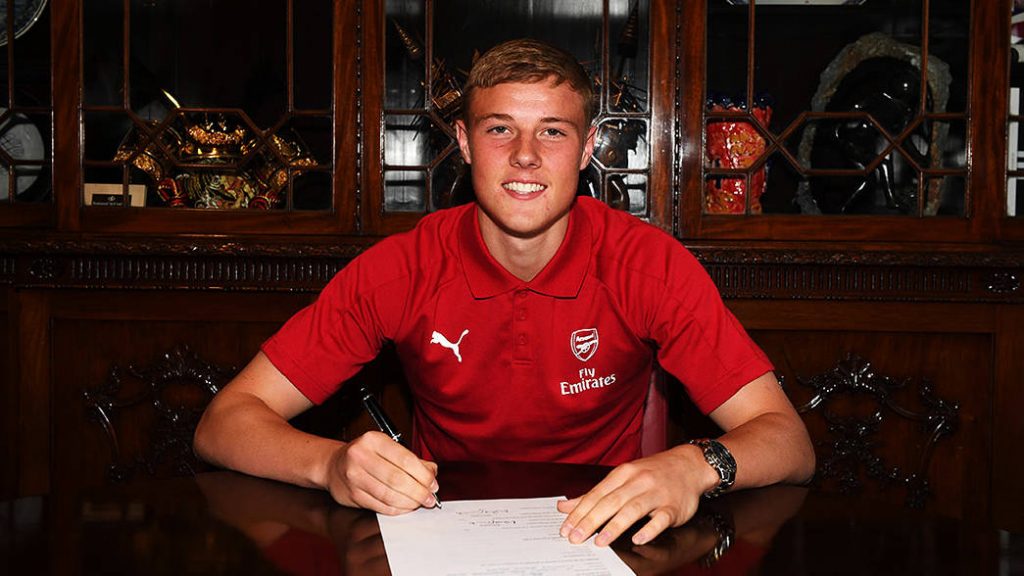 Arsenal confirm they have agreed a professional deal for Daniel Ballard. The 18-year-old is highly-rated and has finally earned recognition for his hard work and never-say-die attitude over the years, as his future with the Gunners was previously in real doubt.

Daily Cannon revealed Ballard was released by Arsenal as a schoolboy. He was told by Liam Brady that he wouldn’t get another two years at Hale End academy and sought out a trial at Southampton, before an injury led to him moving to Stevenage.

His hometown club offered him a scholarship, but Ballard received a surprise call from Arsenal’s former Academy manager Andries Jonker who asked if he wanted to feature in an u18s match against Bayern Munich. The teenager impressed and earned himself a scholarship with the Gunners.

And now he’s signed a professional deal. Ballard made 12 appearances for the u18s last season, scoring two goals, as Arsenal finished second in the division behind champions Chelsea. He also featured for the u23s and could have a bright future with the Londoners.

Arsenal have taken positive steps to improve their academy success this summer, with Per Mertesacker becoming Academy Head, Freddie Ljungberg being appointed head coach of the u23s, Marcel Lucassen becoming Head of Coach and Player development and Lee Herron joining as Head of Academy Football Operations