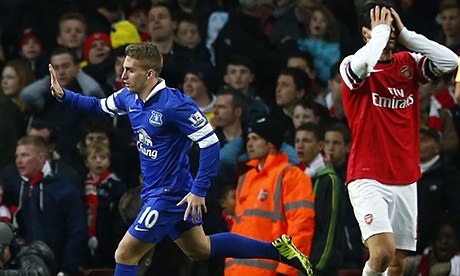 Arsenal and Everton played out a high-quality spectacle on Sunday, with two second-half goals resulting the in the spoils being shared at the Emirates Stadium.

Mesut Ozil looked to have given the hosts victory with a late strike, but Toffees’ substitute Gerard Deulofeu struck a swift equaliser to seal a draw. 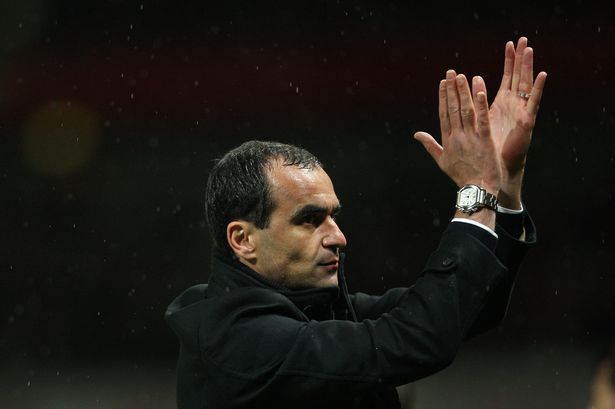 The way that Everton started the game will have been a source of great pride for Roberto Martinez, who has made the Goodison Park outfit a more-rounded side.

The visitors ended up with more possession than their table-topping opponents, and had the confidence to play the ball on the deck consistently.

This adventurous and attacking outlook that the Merseyside club are adopting is refreshing for the neutral, while the Everton fans must love the brand of football Martinez has brought to the club.

The Wales international midfielder has undoubtedly been the most in-form player in the Premier League this season, but had a rare off day on Sunday.

Although the box-to-box midfielder should continue his considerable influence on proceedings for Arsenal, the club need to have a plan B should Ramsey not fire.

The Emirates Stadium outfit’s fans will hope he can play more of a role in Arsenal’s game against Napoli in midweek.

Ross Barkley and Gareth Barry should go to the World Cup

Part of the reason that Ramsey was not his usual dominant self was due to Everton’s midfield putting in a memorable shift.

Gareth Barry dominated affairs for the visitors and his form for Everton should have Roy Hodgson seriously considering bringing the Manchester City loanee back into the England squad.

Meanwhile, Ross Barkley showed some deft touches, outstanding vision and excellent movement off the ball and he could well be the Three Lions’ wildcard next summer.

Per Mertesacker has gained a lot of the plaudits for Arsenal’s excellent defensive record of late, but his centre-half partner was the standout performer in the Gunners’ back four.

Against the considerable pace and power of Romelu Lukaku, Laurent Koscielny made critical interceptions and clearances all afternoon long and showed a real poise at the heart of the Arsenal rearguard.

The French defender has grown into one of the best players in his position in the Premier League and is an important man for the Gunners.

Everton can finish in the top four 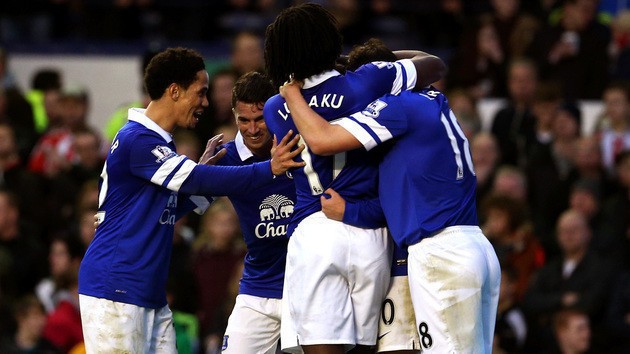 The race for the top four this season is set to go right down to the wire, with more contenders for Champions League qualification than in the recent memory.

Despite this, four points in two away games against Manchester United and Arsenal in the space of a week is a fantastic return for the Merseysiders, and Everton look like the real deal this season.

Their brand of football and squad will see them as a real threat to the top four places.