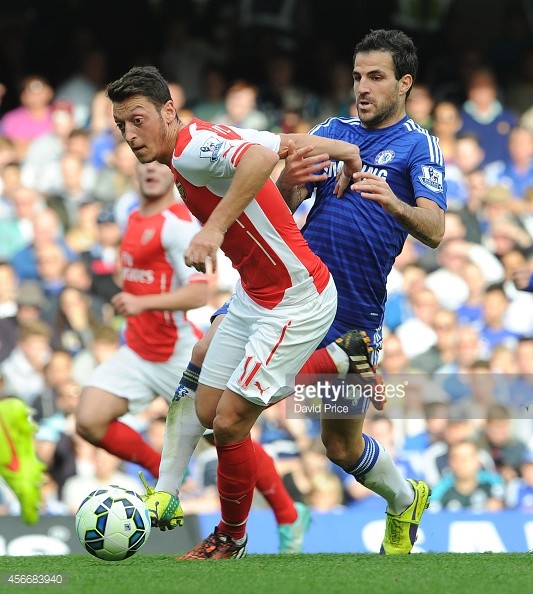 After two away games and two draws, there was pressure on Arsenal to secure all three points to maintain command over the title race. Leicester winning along with Spurs, only made this need more grave.

Chelsea have been unbeaten under Guss Hiddink and despite being in the bottom half of the table, would have been confident approaching this game.

Here are three talking points from an eventful game at The Emirates.

Even without José Mourinho, Chelsea remain Arsenal’s biggest nemesis. The ability for a Chelsea fan or the Chelsea team to wind up the Gunners is arguably the most, and for good reason. Their goalless run against Chelsea in the league now stands at 572 minutes, stretching back three years. They haven’t beaten the Blues since 2011.

Diego Costa’s last encounter with Arsenal brought a host of criticism for his antics against Gabriel Paulista. He got another Arsenal man, this time Per Mertesacker, sent off. While the contact may have been minimal, it was made while Costa was at full pace so the referee’s decision wasn’t extremely contentious. Ultimately, it was his goal – a poacher’s finish – that proved to be the difference in the scoreline.

It could be argued that Arsenal’s one man disadvantage really held them back today and they could have managed to do well if the referee wasn’t so harsh with his decision. But the fact remains that but the visitors were comfortable and composed even before Mertesacker’s dismissal.

Arsenal did have a few chances to not only get back into the game, but also grab all three points, but at the end, the Chelsea defence stood tall and composed. 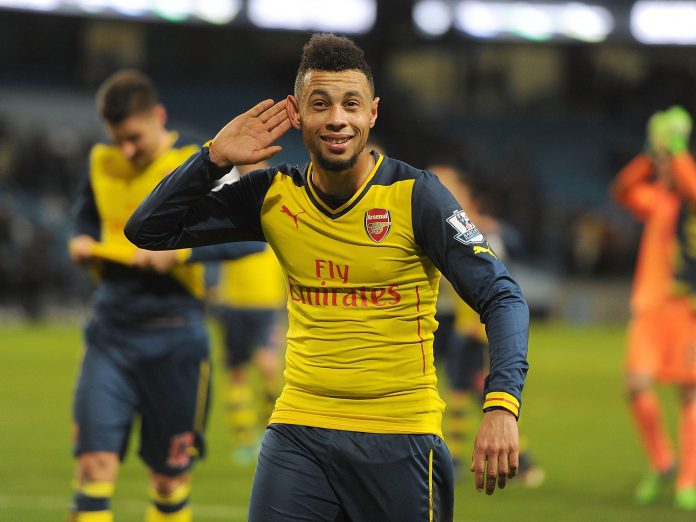 The Gunners are dearly missing Francis Coquelin. There seems to be little or no control in the second third of the pitch without Coquelin, and to an extent Cazorla.

Aaron Ramsey doesn’t particularly work in the midfield when there isn’t anyone to cover for him defensively. Against Chelsea, Ramsey couldn’t make any impact as he used to track back for Mathieu Flamini, who was constantly seen taking up attacking positions (he also missed a glorious chance in the first half). As soon as Ramsey ran forward to get involved in the attack, Flamini more often than not ran even further forward leaving the midfield with a glaring hole. This midfield partnership has resulted in the attackers getting no service from the middle and the defence not getting adequate cover.

Arsenal’s only winter transfer has been the arrival of Mohamed Elneny from Basel. The defensive midfielder has been brought because Francis Coquelin’s absence has hurt the side a fair bit. Wenger should give the Egyptian game-time now as the options he’s using are not getting the results required.

The Spaniard has had a turbulent last few months, with the Mourinho sacking and rumours of him being the “rat” in the Chelsea dressing room. While one could expect his form to take a bigger blow against previous employees Arsenal, what with the constant booing and all that, Fàbregas revelled in the Chelsea midfield and played with immense class.

He was constantly moving about, dictated the play from the heart of the pitch and recollected possession for his side to ensure the home defence was consistently under pressure. He won more tackles against his former team than he has in any game all of this season, and should have rightly been awarded a penalty in the second half.