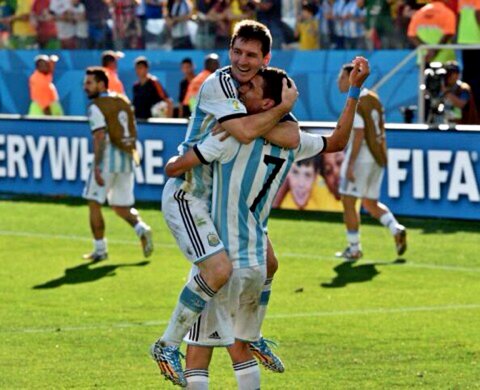 Argentina booked their place in the quarter finals of the FIFA World Cup 2014 after edging past a determined Switzerland side thanks to a dramatic extra time winner from Angel Di Maria. 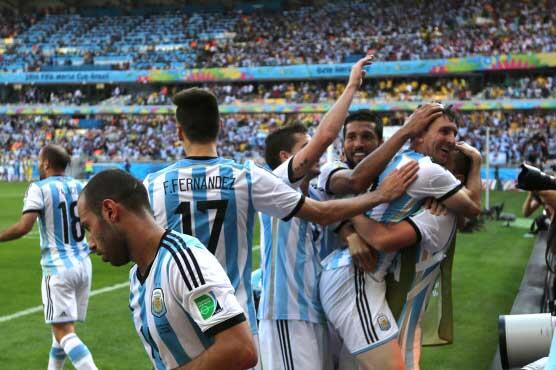 It was a close encounter at the Arena Corinthians in Sao Paulo as the clash lacked any real intensity. The match finished goalless after ninety minutes and was poised to go to penalties to decide the eventual winner before Di Maria struck a late blow to crush the Swiss hearts.

With time running our substitute Rodrigo Palacio robbed defender Stephan Lichtsteiner in the middle of the par feeding Lionel Messi into space, the Barcelona forward laying a perfectly weighted ball to Di Maria who kept his composure to shoot past the helpless Diego Benaglio. The Swiss goalkeeper had earlier denied Marcos Rojo, Di Maria and Palacio to keep Otmar Hitzfeld’s side in the encounter.

Switzerland however managed to carve out a chance for themselves as Blerim Dzemaili hit the post and then failed to tap in the rebound as Argentina survived by the thinnest of margins. 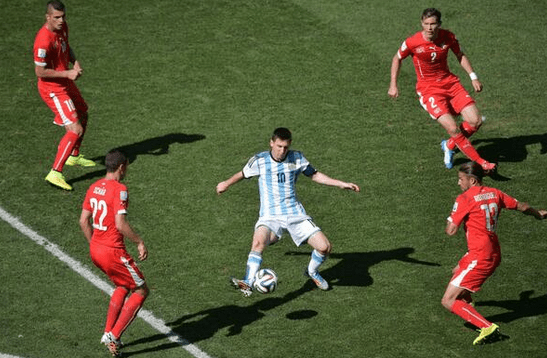 The European side had earlier wasted a golden opportunity to take the lead as striker Josip Drmic fluffed his shot after being put through on goal by the impressive Xherdan Shaqiri with only Sergio Romero to beat in the Argentine goal.

Argentina now await the winners of Belgium and USA in their quarter final clash in Brasilia on Saturday night.