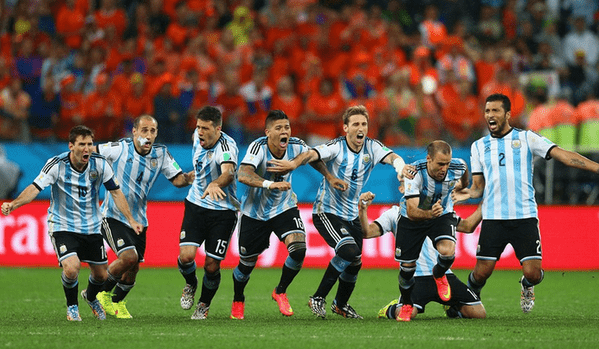 Sergio Romero’s heroics in the penalty shootout ensured Argentina would edge past Louis Van Gaal’s Netherlands to secure a place in the 2014 FIFA World Cup final against Germany. Romero saved two crucial penalties from Ron Vlaar and Wesley Snjeider as the Albiceleste reached the final after a long wait of 24 years.

In what was a barren encounter across the entire 120 minutes, neither sides could carve any real opening to edge ahead. Arjen Robben had the best chance to seal the game for the Europeans but the Bayern Munich winger was spectacularly denied by a list ditch tackle from the impressive Javier Mascherano. 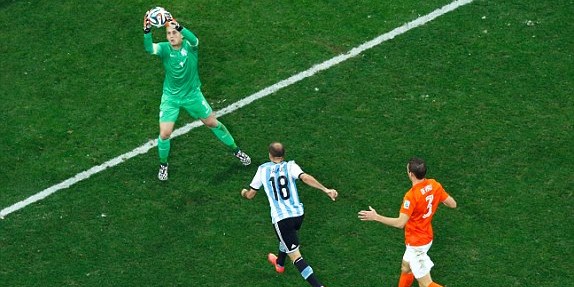 Argentina too did have their moments in the second half of extra time but Alejandro Sabella’s side were denied thanks to their dreadful finishing in front of goal. Substitue Rodrigo Palacio failed to head the ball past Jasper Cillessen while Maxi Rodriguez’s tame effort too failed to find the back of the net after bring brilliantly set up by Lionel Messi with his mazy run from the flanks.

There was no heroics from Tim Krul this time for the Dutch as Cillessen failed to stop any of Argentina’s penalties as all of Messi, Garay, Aguero and Maxi Rodriguez kept their calm to hit the back of the net from the spot.

Holland’s quest for the coveted title goes on as the Albiceleste will now take on Germany in what promises to be an absolute mouth watering clash at the Maracana on Sunday which sees a repeat of the 1986 and the 1990 World Cup final.