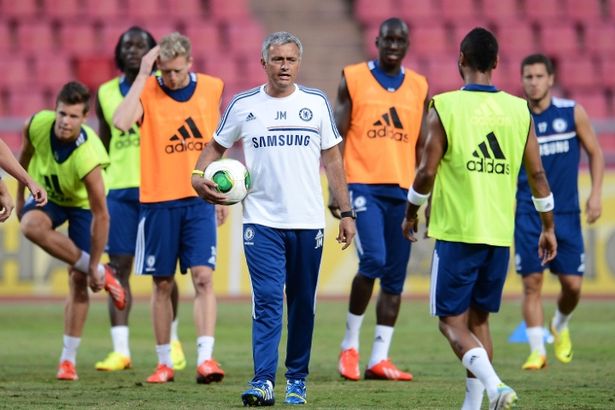 Many football pundits and self-acclaimed experts have tipped Chelsea to win the 2013/14 Premier League.

With Jose Mourinho back at the helm of the London side since his controversial departure six years ago, supporters have hailed his return and share the view that Chelsea are now odds-on favourites to pip both Manchester United and Manchester City to the title.

The biggest underlying problem the Blues have is the spine of the team. They are at their weakest in the central positions – which is regarded as the most important for any side’s success.

David Luiz is coming off the back of a very successful season of personal note, but could be utilised in a more advanced position better suited to his playing style.

Branislav Ivanovic is a right-back by trade, but can still do his side a service at the heart of the defence. His positional sense has been called into question when playing centre-back at times, but he’s vastly experienced and may be forced to play more central role as right-back Cesar Azpilicueta looks to make his favoured spot his own.

John Terry isn’t getting any younger, but is still the most reliable centre-back Chelsea have at their disposal. However, Mourinho hinted how the veteran players aren’t guaranteed starting places in the side.

Gary Cahill was originally signed with the future of Chelsea’s defence in mind, but still has his own frailties at the back. Not quite yet a natural leader, and is known for making the odd mistake, but it does appear likely he will play a significant part in the side this season.

In midfield, Chelsea have the ageing Frank Lampard, the energetic, but sometimes rash Ramires, the out-of-favour John Obi Mikel, and injury prone Michael Essien. With Mourinho an advocate of playing two holding midfielders, he’s hardly spoilt for choice in quality.

In attack, Chelsea have the inconsistent Fernando Torres, the disappointing Demba Ba, and Romelu Lukaku – returning from loan at West Bromwich Albion.

Last season, Torres scored only eight goals in the Premier League, and six the season before. Hardly prolific for a side like Chelsea.

Demba Ba joined Chelsea at the start of the January transfer window. He went on to score two goals from 15 Premier League games.

Romelu Lukaku was the top scorer out of the trio, and he was on loan with West Brom. The Belgium international netted 17 goals in 35 games for the Midlands outfit.

Mourinho cannot boast the personnel capable of winning the Premier League on face value. His players will need to be on the top of their game to stand a chance of a title challenge.