Chelsea manager Antonio Conte takes charge of the London club this summer and the Italian could instantly become an unpopular figure amongst the fans if he decides to sell one of their star players.

The likes of Hazard, Costa and Courtois have all been linked with moves away from the club at the end of the season and Express are reporting that the Italian is ready to sell the unhappy Belgian keeper Thibaut Courtois.

Apparently, Courtois’s relationship with the Chelsea goalkeeping coach has broken down and he is, therefore, unhappy.

Although it is unwise to hold on to an unhappy player in this day, one has to remember that Chelsea have already sold Petr Cech to bitter rivals Arsenal in order to accommodate Courtois. The Belgian is not just a good player, he is one of the top three in his position.

Losing him could be a major blow for Chelsea, especially because they cannot replace him with a player of similar quality unless of course they sign Neuer or De Gea miraculously.

Express are claiming that Chelsea are looking at the Southampton keeper Fraser Forster as a replacement. Although the England keeper has been fantastic for the Saints, it is absurd to think that he is as good as Courtois.

It remains to be seen if these claims from Express are true, but if Chelsea do decide to sell the Belgian this summer, it would be a major mistake from them. 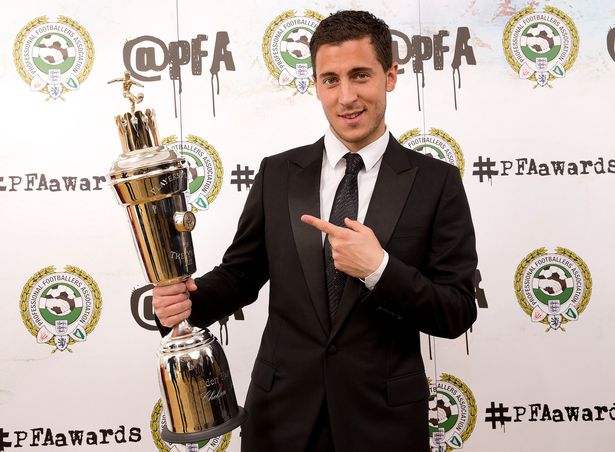 Meanwhile, another Chelsea star Eden Hazard has now slammed the Chelsea fans for booing him this season.

Hazard has had a season to forget so far, but he was quick to point out that the fans should be more grateful for what he has done for the club in his time at Stamford Bridge.

“I thought the fans were booing because they didn’t want me to be replaced,” he said.

“Supporters pay for their tickets and they want to be entertained. If they are not happy they are entitled to boo. But people mustn’t forget what I have done for Chelsea.”

“We are having a tougher time than normal but we will get over it. I never doubt my abilities.”

He also rubbished the rumours about his departure this summer.

He said: “A lot of nonsense gets talked about my future but I have four years left on my contract.”

“I’ve long told myself that one day I would have a season like the one I’m going through.”

“Chelsea have not had a good season and neither have I. We are working hard to improve.”